Russia calls for greater security for tankers in Persian Gulf

July 30 (UPI) -- The Russian government submitted a plan to the United Nations Tuesday calling for increased security in the Persian Gulf region, following a series of attacks on oil tankers this summer.

Russian diplomatic officials said they are ready to cooperate with "all interested parties" to implement added security and proposed an international conference.

Moscow outlined the proposal in letters to the U.N. Security Council and General Assembly.

The calls come after several weeks of heightened tensions among Russia, Iran the United States and Britain related to attacks or seizures of various oil tankers in the Gulf of Oman and Strait of Hormuz. Ukraine said last week it seized a Russian tanker and the British government increased security for its vessels that pass through the region.

"Energetic and effective action is needed at an international and regional levels in the interest of improving and further stabilizing the situation in the Persian Gulf, overcoming the prolonged crisis stage and turning this sub-region to peace, good neighborly relations and sustainable development," the identical Russian letters read.

The talks must involve the League of Arab States, the Organization of Islamic Cooperation and Gulf Cooperation Council, Russia's foreign ministry said.

Iranian state-run media has accused the United States of taking a war-like posture against Tehran, including a U.S. drone incursion last month which drew fire from Iranian forces.

Iran seized two British-affiliated oil tankers in the Strait of Hormuz this month -- one of which Tehran said veered into Iranian territorial waters. It's unclear what happened to the other one. U.S. forces said they shot two Iranian drones, but Tehran said it's not missing any of the remote-controlled aircraft.

World News // 12 hours ago
Somali government says it has ousted Islamist militia from town
Oct. 23 (UPI) -- A regional government in Somalia says it's in control of a town in the central part of the country after a clash with an Islamist militia.

World News // 13 hours ago
Pakistani police clash with banned Islamist group seeking release of its leader
Oct. 23 (UPI) -- Supporters of a banned Islamist party in Pakistan have clashed with police and disrupted traffic during a march to the country's capital.

World News // 18 hours ago
Hurricane Rick swirls to life, expected to strengthen and target Mexico
Mexico's southwestern Pacific coast will need to remain on high alert through the weekend as newly formed Hurricane Rick has churned up in the warm tropical waters of the eastern Pacific Ocean. 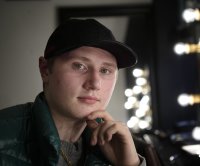