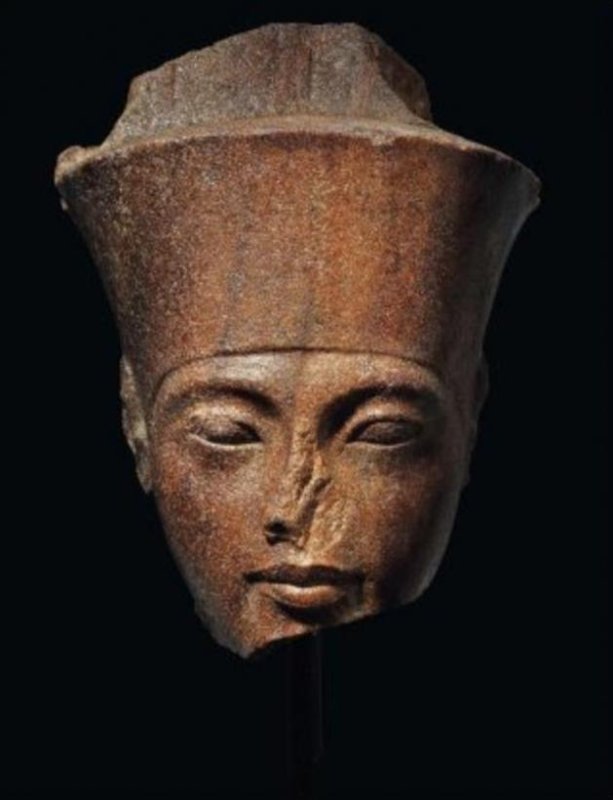 The quartzite statue of King Tutankhamun dates to between 1332 to 1323 B.C. File Photo courtesy of Christie's

July 5 (UPI) -- A quartzite bust of the pharaoh Tutankhamun sold for nearly $6 million in a Christie's auction in London despite objections from Egypt that the statue was stolen.

Last month, Egypt's foreign and antiquities ministries asked Christie's to halt the auction of the statue, which is more than 3,000 years old. Officials said it was stolen from Egypt and should be returned.

"The antiquities ministry has contacted the auction house and UNESCO to stop the procedures of selling the ancient artifact as well as demanding that [Christie's] provide the documents of the artifact's ownership," the foreign ministry said in June.

"In addition, Egypt claims its right in the piece under the current and previous Egyptian laws."

Egypt passed a law in 1983 saying that ancient artifacts from the country are considered property of the state with the exception of any items that have proven ownership or possession prior to the passage of the law.

The statue was sold by a private collector. Christie's said a Munich-based dealer, Heinz Herzer, acquired the statue in 1985. Before that, it was acquired by Austrian dealer Joseph Messina in the mid-1970s and before that, it was owned by Prinz Wilhelm von Thurn und Taxis, who had it since the 1960s.

"It is hugely important to establish recent ownership and legal right to sell which we have clearly done," Christie's said before the auction. "We would not offer for sale any object where there was concern over ownership or export.

RELATED Artisan blue cheese sells for Guinness record of over $16,000

World News // 2 hours ago
Source of London's Thames River runs dry amid prolonged heat
Aug. 11 (UPI) -- Extended hot and dry temperatures across Britain and much of Europe have caused the source of London's River Thames to dry up for the first time since 1976.

World News // 15 hours ago
Blasts at Crimea airfield take out Russian planes; deadly rocket fire in east Ukraine
Aug. 11 (UPI) -- Several Russian warplanes have been destroyed in dramatic explosions at a base in Crimea, the part of Ukraine that was annexed by Russia eight years ago, according to satellite imagery.

World News // 1 day ago
London offers all children polio boosters after more virus found in city sewers
Aug. 10 (UPI) -- Health officials in London are offering polio vaccine boosters to all children between the ages of one and nine after more polio virus was found in the city's sewers.

World News // 1 day ago
Speaker Nancy Pelosi: 'We will not allow China to isolate Taiwan'
Aug. 10 (UPI) -- U.S. House Speaker Nancy Pelosi, D-Calif., said during a Capitol press conference Wednesday that she went to Taiwan during her Asian-Pacific trip to "salute a thriving democracy."
Advertisement