China to ease limits on foreign investment in oil and gas

China is easing foreign investment restrictions in sectors that include the oil and gas industry. File Photo by Stephen Shaver/UPI | License Photo

Xinhua reported the National Development and Reform Commission of the People's Republic of China said Sunday sectors including oil exploration and mining are to be deregulated for more foreign capital inflows.

China refers to these restrictions as the "list of negatives." The list explicitly states specific bans in industries that are otherwise allowed to receive foreign capital inflows.

Significant changes include a state decision to eliminate all foreign investment restrictions that previously applied to Chinese shipbuilding companies and to Chinese utilities serving cities with populations of 500,000 or greater.

The restrictions will be lifted by the end of 2019, the Chinese commission said.

The new measures are being reported at a time when U.S. President Donald Trump appears to be reversing course on trade restrictions with China.

Analysts say it is too early to tell whether Trump's decision to allow U.S. firms to buy from Huawei Technologies, after blacklisting the company six weeks ago, will ease trade tensions, CNN reported.

"The temporary agreement does little to resolve the fundamental conflicts over trade issues that broke down talks in May and does not amount to a sustainable solution for Huawei," the Eurasia Group said.

U.S. tariffs on $250 billion of Chinese goods are in place, and Chinese retaliatory tariffs are still hitting U.S. exports.

World News // 3 hours ago
Egypt, Gaza reopen border for three days
Nov. 24 (UPI) -- Egypt on Tuesday temporarily opened its border with Gaza for the first time since blocking access during the beginning of the COVID-19 pandemic. 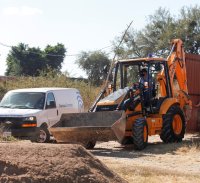 World News // 12 hours ago
Viruses related to coronavirus found in Japan, Cambodia bat samples
Nov. 24 (UPI) -- Scientists in Cambodia and Japan have found coronaviruses in bats related to SARS-CoV-2, as countries around the world experience a resurgence of COVID-19 cases.