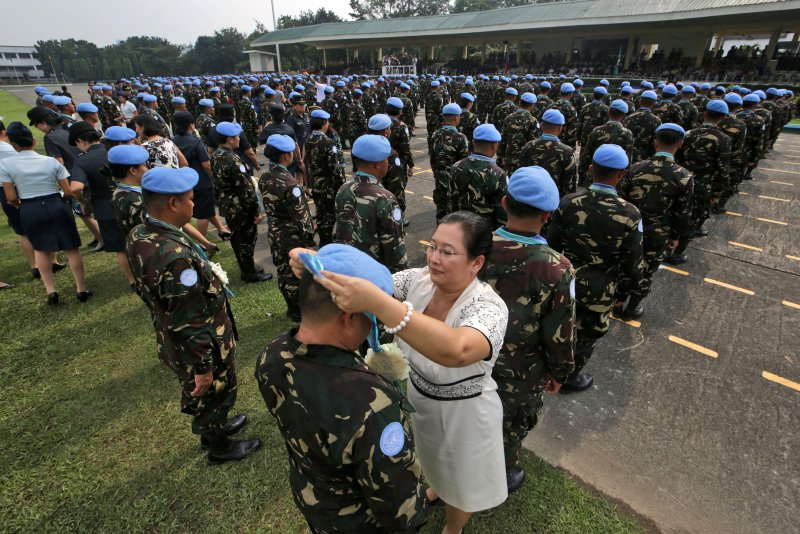 The United Nations peacekeeping mission will officially end Oct. 15 in Haiti and will be replaced with a new "integrated office." Photo by Ritchie B. Tongo/EPA-EFE

June 26 (UPI) -- The United Nations Security Council will establish an office in Haiti to support the country's government and increase stability, replacing the 15-year peacekeeping mission.

The establishment of the United Nations Integrated Office in Haiti, or BINUH, represents a "historic moment" for Haiti but the United States remains "clear-eyed" about the challenges that lie ahead for the island nation, Ambassador Jonathan Cohen said. He added that a successful transition depends on the Haitian government assuming responsibility for a range of issues, including free and fair elections.

The resolution passed unanimously and there was no debate.

Haiti's newly appointed representative to the UN Patrick Saint-Hilaire said the resolution is a "step in the right direction" and has the support of President Jovenel Moise.

Haitians are dealing with skyrocketing inflation while their currency continues to be devalued. That has prompted violent protests against Moise, who is accused of corruption.

Beyond political strife, hurricanes remain one of Haiti's biggest threats and some UN diplomats were disappointed that the resolution doesn't include any references to the country's vulnerability to climate change. Representatives from Peru, Germany, France and the Dominican Republic wanted a reference to climate change in the resolution.

German Ambassador Christoph Heusgen said climate change could aggravate the peace and security on the island, calling it a threat multiplier that could destabilize the country.

"Haiti is one of the most vulnerable countries in the world to the adverse effects of climate change," Heusgen said.

Another large hurricane could "Create new conflicts over increasingly diminishing resources and derail efforts in peace-building and stabilization," Heusgen said.

Other threats Haiti faces include cholera outbreaks and hunger riots, both of which can happen in the aftermath of a hurricane.

World News // 10 hours ago
Japan to declare emergency in seven areas
April 6 (UPI) -- Japanese Prime Minister Shinzo Abe is planning to declare a state of emergency due to the coronavirus pandemic for Tokyo and six other prefectures starting as early as Tuesday, official media reported.

World News // 2 hours ago
British PM Boris Johnson moved to intensive care for COVID-19
April 6 (UPI) -- British Prime Minister Boris Johnson was moved into an intensive-care unit Monday, as his condition from coronavirus worsened, according to a statement from Downing Street. 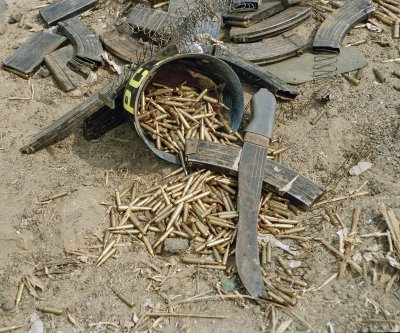 World News // 6 hours ago
Officials find mass grave in Rwanda linked to 1994 genocide
April 6 (UPI) -- Rwandan authorities say they have uncovered what is believed to be a mass grave that contains perhaps the remains of 30,000 people killed during the infamous 1994 genocide.

World News // 6 hours ago
South Korea's opposition vows to get tough on North Korea
April 6 (UPI) -- South Korean conservatives of the main opposition United Future Party are pitching a hard-line North Korea policy as the nation's parliamentary race heats up ahead of general elections on April 15.

World News // 9 hours ago
Wildfire near Chernobyl releases spike in radiation
April 6 (UPI) -- A weekend wildfire in a forest inside the shuttered Chernobyl Nuclear Power Plant's exclusion zone in Ukraine caused radiation to spike in the area.