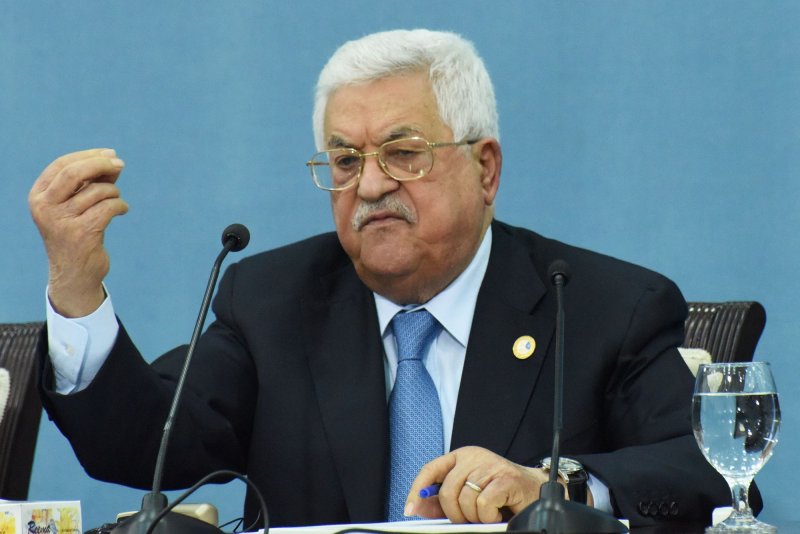 June 23 (UPI) -- Palestine's economy does need investment but "before anything, there must be a political solution," Palestinian Authority President Mahmoud Abbas said Sunday, dismissing the White House's plan to entice more than $50 billion into Palestine.

The White House unveiled the economic stimulus package contingent upon a peace agreement between Israel and Palestine Saturday, saying it would be presented during a two-day conference this week In Bahrain. But Abbas told the foreign press in a rare briefing that Palestine will not accept the deal nor attend the conference in the Bahraini capital of Manama.

"We will not accept this and we will not attend Manama," he said. "We do not encourage anyone to go. We are confident that the conference will not be successful."

He said for a deal to be reached, the international community must be involved, including Europe, Russia, the United Nations and China, among others, as Palestine rejects the United States as the sole mediator.

"We will not be slaves or servants to [senior White House adviser] Jared Kushner, [U.S. special representative for international negotiations] Jason Greenblatt or [U.S. Ambassador to Israel] David Friedman," he said. "They are the ones making the judgment and we will not accept this or let them say whatever they want."

Abbas said to restart negotiations, the Trump administration would have to reverse its recognition of Jerusalem as Israel's capital as well as relocate its embassy back to Tel Aviv.

President Donald Trump in 2017 made the controversial decision to recognize Jerusalem as the nation's capital while moving the United States embassy there from Tel Aviv, attracting negative criticism from the Arab world.

The United States would have to accept a two-state solution as the foundation for signing a peace agreement, Abbas said.

He also said he is not worried if other Arab states participate in the U.S.-led Bahrain conference.

Israel is aiming to establish relationships with other Arab nations first and then ignore Palestine, but that is not going to happen, Abbas added.

"There will not be normalization with Israel before there is a political solution between the Palestinians and Israel," he said.

The deal, announced by Kushner, includes $13.5 billion in grants, $26 billion in low-interest loans and $11 billion in private capital investments, with the majority of the funds to be spent in Palestine and the rest going to neighboring Egypt, Lebanon and Jordan.

World News // 10 hours ago
Iran nuclear deal within reach as EU team submits 'final text' in Vienna talks
Aug. 8 (UPI) -- Iran may soon return to the 2015 nuclear deal that aims to limit its nuclear abilities after European Union negotiators said Monday that a "final text" has been drafted.

World News // 16 hours ago
Polar bear euthanized after injuring French woman in remote Norway Islands
Aug. 8 (UPI) -- A polar bear was euthanized in Norway on Monday after officials said it injured a French woman who was camping in the country's remote Svalbard Islands.

World News // 16 hours ago
WWII-era bomb detonated in shallow Italian river
Aug. 8 (UPI) -- A large unexploded WWII-era bomb that was exposed in a dry riverbed in Italy has been safely detonated, the Italian military confirmed.

World News // 17 hours ago
London house explosion kills 1 child, injures 4 others
Aug. 8 (UPI) -- A house explosion in south London Monday morning left one child dead while four others had to be rescued from the collapsed structure, officials said.

World News // 20 hours ago
China starts new military exercises around Taiwan
SEOUL, Aug. 8 (UPI) -- China said on Monday that it carried out a new round of military drills around Taiwan, one day after concluding the large-scale live-fire exercises it launched in an angry response to a visit to Taipei by Nancy Pelosi.