Police detain opposition supporters during a protest calling for free and fair elections during the presidential elections in Nur-Sultan, Kazakhstan, Sunday. Photo by Igor Kovalenko/EPA-EFE

June 10 (UPI) -- Police arrested hundreds of protesters in Kazakhstan as the country elected incumbent Kassym Jomart-Tokayev president with more than 70 percent of the vote, according to authorities.

According to exit polls conducted by the country's Public Opinion Research Institute, Tokayev received 70.1 percent of the vote, beating out six other candidates.

Amirzhan Kossanov, of the Ult Tagdry United National Patriotic Movement, came in second with 15.39 percent of the vote.

"This day will go into our history," Tokayev told supporters after hearing the results of the poll, the Astana Times reported.

With his election win, Tokayev will become the country's second elected president since Kazakhstan gained independence following the fall of the Soviet Union.

The election was called in March after Nursultan Nazarbayev, 78, resigned, ending 30 years at the helm of the former Soviet-bloc country.

His announcement to resign followed persistent nationwide protests by the public due to corruption allegations.

However, large-scale protests erupted in the capital Nur-Sultan and the country's largest city of Almaty Sunday against the election.

No charges had yet been filed.

According to the country's Central Election Commission, 77.4 percent of Kazakhstan's 11.94 million registered voters cast ballots in the election at one of 9,968 polling stations throughout the country.

Preliminary results of the election are expected to be released Monday. World News // 5 hours ago
100M COVID-19 cases confirmed worldwide
Jan. 26 (UPI) -- The world surpassed the grim milestone of 100 million cases of COVID-19 on Tuesday as countries ramp up efforts to speed up the vaccination process. 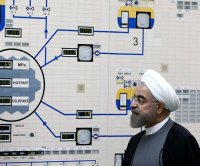 World News // 10 hours ago
Iran says U.S. has 'very small' window to rejoin 2015 nuclear deal
Jan. 26 (UPI) -- Iran said Tuesday that the United States under President Joe Biden will only have a limited window of opportunity to rejoin the landmark 2015 nuclear deal -- which is something Biden has said he plans to do. 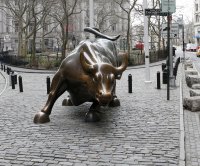 World News // 11 hours ago
IMF outlook projects better recovery for 2021, positive growth for 2022
Jan. 26 (UPI) -- In an updated forecast on Tuesday, the International Monetary Fund expressed greater -- but cautious -- optimism for global economic recovery over the next two years.

World News // 21 hours ago
South Korean economy grows in fourth quarter, ends year down 1%
SEOUL, Jan. 26 (UPI) -- South Korea's GDP shrank by 1% in 2020 on fallout from the COVID-19 pandemic, the Bank of Korea announced on Tuesday, marking the worst growth in more than two decades but pointing toward a rebound in 2021. 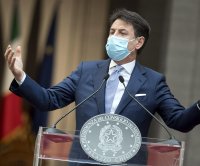