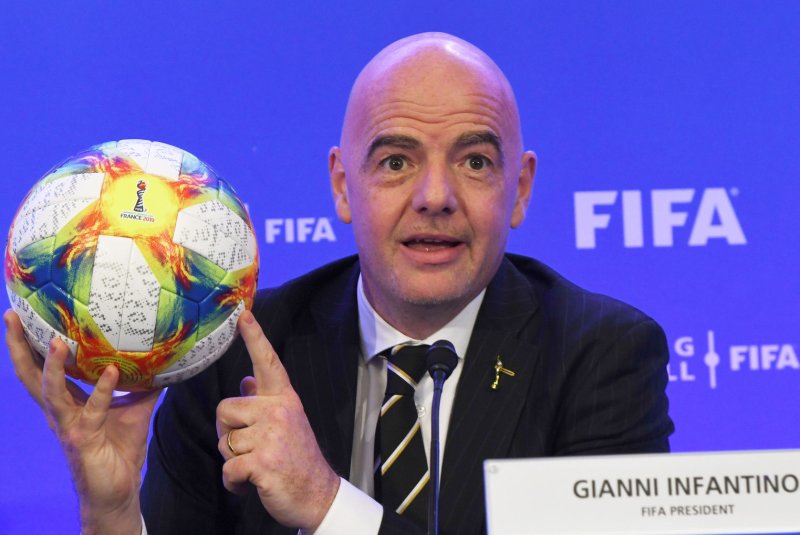 June 5 (UPI) -- World soccer authority FIFA on Wednesday elected Gianni Infantino to continue as the body's president for the next four years.

Infantino will serve FIFA until 2023 after winning by acclimation in Paris among the body's 211 members, the organization said.

Wednesday was Infantino's second election as FIFA president. He was elected to a three-year term in 2016 after a scandal-plagued period for the soccer authority, in which former President Sepp Blatter was connected to an expansive corruption investigation.

"In just over three years, this organization went from being toxic, almost criminal, to being what it should be: an institution that develops football," Infantino told the FIFA Congress. "This new FIFA has a mission and a plan for it, which is why the next four years have, in fact, already started. We have laid solid building blocks for the future."

Blatter was banned from the sport for several years after a FIFA ethics panel found he and two others paid themselves millions in bonuses. The investigation also found Blatter paid Michel Platini, who was once expected to replace him as president, $2 million in an advisory payment. In 2017, former U.S. women's national team goaltender Hope Solo accused Blatter of sexual assault during a 2013 event in Switzerland.