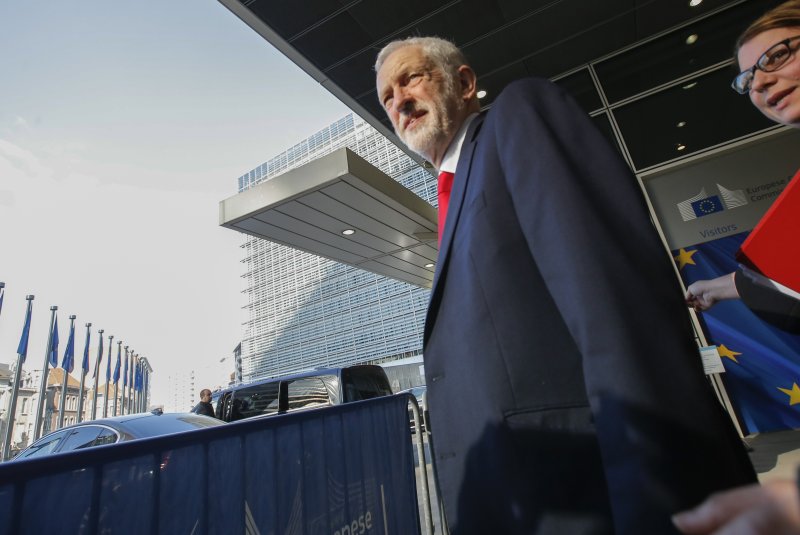 May 28 (UPI) -- The British Labor party is being investigated for alleged discrimination against Jews, including harassment.

The Equality and Human Rights Commission launched the investigation to determine whether Labor failed to respond to complaints or unlawful activity in an efficient and effective manner if the victim was Jewish.

"We contacted Labor after receiving a number of complaints about allegations of anti-Semitism in the party," EHRC said in a statement.

The claims reopen the controversy over how Labor leader Jeremy Corbyn's office responded to complaints.

A Labor spokeswoman told the Guardian the party is "fully committed to the support and defense and celebration of the Jewish community and is implacably opposed to anti-Semitism in any form."

The party denied that it rejected complaints and will cooperate with the probe.

Campaign Against Anti-Semitism CEO Gideon Falter told the Guardian that Labor leaders refuse to listen to British Jews and said several lawmakers had quit the party because it's a "home for hatred in British politics."

"In just four chilling years, Jeremy Corbyn has turned the party which pioneered anti-racism into the party that now finds itself in the company of the BNP, being investigated by the very equality and human rights regulator it once fought so hard to establish," Falter said.

Meanwhile, Britain's largest Muslim organization is calling for a similar probe into Islamaphobia in the Conservative Party. The Muslim Council of Britain sent more than 20 pages of evidence to the EHRC. The report accuses Tories of ignoring calls for an independent inquiry on anti-Muslim hatred and failing to take action against Islamaphobes within its own party.

Tories listed in the report include Boris Johnson, who could succeed Theresa May as the next prime minister, Bob Blackman, Zac Goldsmith and Michael Fabricant.

"The concerns of Muslims at large about Islamaphobia within the Conservative Party have fallen on deaf ears," MCB secretary general Harun Rashid Khan told the Independent.