Palestinians run for cover from tear gas during a protest to mark the 70th anniversary of Nakba and against United States' plans today to relocate the U.S. Embassy from Tel Aviv to Jerusalem last year. The U.S. embassy warned of similar violent protests and terror attacks this week. File Photo by Ismael Mohamad/UPI | License Photo

May 14 (UPI) -- The U.S. embassy in Israel warned Americans to be vigilant for terrorist attacks on the anniversary of the embassy's move from Tel Aviv to Jerusalem.

"Terrorist groups may choose the anniversary, which coincides with the Eurovision Song Contest in Tel Aviv (May 14-18), or Nakba Day (May 15), to conduct violent protests or an attack," the embassy said in an email. "Security incidents can occur well beyond Gaza and its periphery and at any time."

Nakba Day means "day of the catastrophe," a Palestinian holiday that marks Israel's creation in 1948 and the displacement of their citizens in the aftermath. A large group is amassing at the Israeli border.

Americans are encouraged to remain vigilant and avoid demonstrations, follow Israeli instructions and be aware of the nearest shelter. 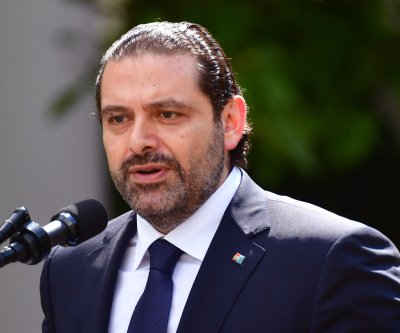 World News // 9 hours ago
Sudan, Israel agree to normalize ties in U.S.-brokered deal
Oct. 23 (UPI) -- Israel and Sudan have agreed to normalize relations, the third such U.S.-brokered agreement in the Middle East in recent weeks, the Trump administration announced Friday.