Pope Francis delivers an address in St. Peter's Square at the Vatican on April 21.  Photo by Stefano Spaziani/UPI | License Photo

May 9 (UPI) -- Pope Francis introduced a major change in Catholic law Thursday, requiring all priests and nuns worldwide to report incidents of sex abuse and attempts to cover them up.

The new procedures will take effect June 1 and will be re-evaluated after three years, the Vatican said.

"The crimes of sexual abuse offend Our Lord, cause physical, psychological and spiritual damage to the victims and harm the community of the faithful," the pope said in a Motu Proprio, which is a law decreed by the pontiff.

"In order that these phenomena, in all their forms, never happen again, a continuous and profound conversion of hearts is needed, attested by concrete and effective actions that involve everyone in the church, so that personal sanctity and moral commitment can contribute to promoting the full credibility of the Gospel message and the effectiveness of the church's mission," the Motu Proprio said.

The pope's decree does not specify penalties for violating the new law.

Francis and the Roman Catholic Church have made several moves recently aimed at improving how cases of sex abuse are handled. Many U.S. cases are being investigated in the criminal justice system. One investigation led to the removal of U.S. Cardinal Theodore E. McCarrick in February.

Australian Cardinal George Pell was sentenced in March to six years in prison for abusing two choirboys in the 1990s.

World News // 3 hours ago
Japan's COVID-19 deaths drop 5% amid state of emergency during Games
July 25 (UPI) -- Japan is staging the Summer Olympics during a state of emergency and without spectators with coronavirus cases surging though the situation nowhere nearly as dire elsewhere. 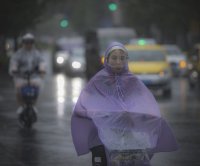 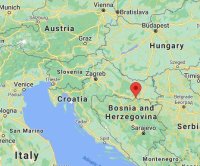