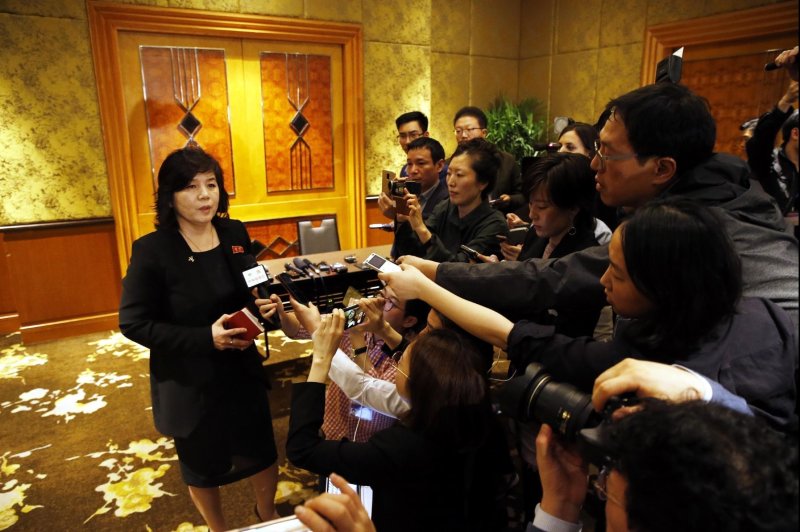 Choe, who leads negotiations with the United States, said North Korea's intention to denuclearize has not changed, KCNA reported.

The North Korean first vice foreign minister also said the United States should "change its position," according to the report.

Choe's remarks come a week after Pompeo told CBS News nuclear talks with North Korea are likely to be "bumpy" and "challenging."

"It's gonna be bumpy. It's gonna be challenging...I hope that we get several more chances to have serious conversations about how we can move this process forward," the top U.S. diplomat had said.

Choe said negotiations are being made difficult by the United States.

"Our intention to denuclearize has not changed, and we will denuclearize in due time," Choe said. "But it will only be possible under the condition the United States changes its method of calculation, and re-establishes its position."

The North Korean diplomat also issued a warning to Washington of an "undesirable outcome" should the United States not agree to "North Korea's deadline."

Kim Jong Un gave the Trump administration until the year's end to break the current impasse in stalled nuclear talks.

On Tuesday, North Korea did not limit its condemnations to the United States.

In the statement, North Korea credited Kim for the improvements in inter-Korea relations and blamed politicians of South Korea's Liberty Korea Party for criticizing the policies of the administration of South Korean President Moon Jae-in.

World News // 2 hours ago
About 2,500 dead Caspian seals found on Russian coast
Dec. 4 (UPI) -- The Russian government reports about 2,500 seals were found dead on the coast of the Caspian Sea on Sunday.

World News // 6 hours ago
Evacuations ordered after 'large-scale' eruption of Indonesia's Mount Semeru volcano
Dec. 4 (UPI) -- Mount Semeru, a volcano in the East Java province of Indonesia, has erupted with plumes of volcanic ash reaching roughly 50,000 feet into the air.

World News // 8 hours ago
9 dead, 8 missing after torrent sweeps South African church service down river
Dec. 4 (UPI) -- Nine people are dead and eight more are missing after a rush of water swept churchgoers down the Jukskei River in South Africa.

World News // 21 hours ago
Poland seeks restitution of 'stolen' Kandinsky painting sold at German auction for $400K
Dec. 3 (UPI) -- Poland's Ministry of Culture and Natural Heritage said it will take legal action and seek restitution after a Wassily Kandinsky painting allegedly stolen from the National Museum in Warsaw was sold at a German auction.