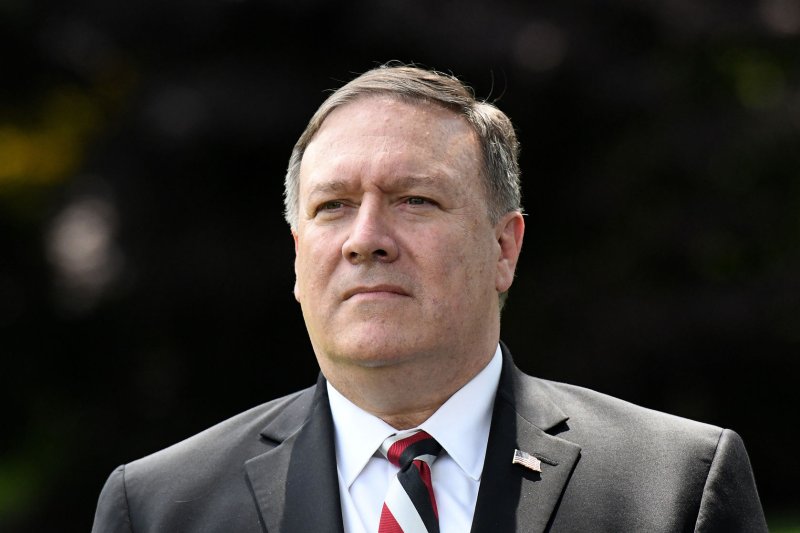 The statement from Pyongyang's foreign ministry came the same day North Korea said Kim Jong Un had supervised a test of a "new type of tactical guided weapon with a powerful warhead." Experts have ruled out a long-range missile.

North Korea's call to exclude Pompeo comes a week after the secretary of state agreed Kim is a "tyrant" before a U.S. Senate subcommittee.

On Thursday, North Korea's foreign ministry suggested the reason for the demand is a result of ongoing problems that began in 2018, and Pompeo's "incompatibility" with North Korea regime officials.

"In the future, if dialogue resumes with the United States, we hope someone of mature character with a more easygoing manner of communication will face us in talks," the foreign ministry said.

"Considering the lesson learned in Hanoi, every time Pompeo intervened, work would be hindered and all results would become undone. We fear if Pompeo is involved in talks the situation could again become a mess," North Korea said.

Pyongyang's firing of a new weapon is raising speculation Kim is placing pressure on U.S. President Donald Trump to answer his demands, which include sanctions relief.

Chinese foreign ministry spokesman Lu Kang did not comment on whether Beijing received "advance notice" of the weapon test from Pyongyang, according to the report.

World News // 3 hours ago
Former Louvre director charged in fraud, trafficking case
May 26 (UPI) -- A former director of the Louvre Museum in Paris is facing charges related to trafficking and fraud accusations.

World News // 5 hours ago
Antony Blinken stresses diplomacy in dealing with China over Taiwan
May 26 (UPI) -- Secretary of State Antony Blinken tried to definitively squash concerns over possible military involvement by the United States on behalf of Taiwan on Thursday.

World News // 5 hours ago
Global hydrogen alliance launches in Seoul
SEOUL, May 26 (UPI) -- Delegates from 18 countries participated in a ceremony to launch a global alliance of hydrogen-related organizations in Seoul, physically or virtually.