Nissan removes Ghosn from board after 4th arrest 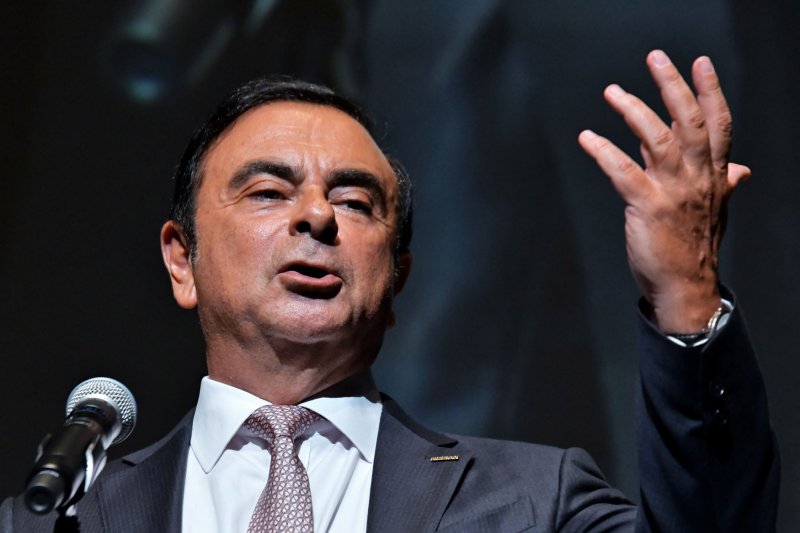 April 8 (UPI) -- Japanese automaker Nissan cut its final tie with former chairman Carlos Ghosn Monday, removing him from its board of directors while he awaits trial on corruption charges.

Ghosn will be replaced on the board by Renault SA Chairman Jean Dominique Senard, who becomes the new vice chairman. French automaker Renault is Nissan's largest owner.

Investors voted Ghosn out of the seat Monday at a shareholders' meeting in Tokyo. Nissan set up the vote at Renault's request. Ghosn had been on the Nissan board for two decades.

Ghosn was arrested last week for the fourth time on new charges that he used million of dollars from Nissan for his own purposes. Prior to his arrest, Ghosn said he'd explain his actions this week. His attorney had a video pre-recorded by Ghosn in case he was arrested.

Nissan officials have said an internal investigation found "substantial evidence of blatantly unethical conduct" by Ghosn. An external panel found Ghosn had too much power "concentrated in his hands" and recommended changes to Nissan's governance.

Ghosn's wife Carole Ghosn has left Japan for France, where she plans to appeal to the French government to help her husband.

"As a French citizen, it should be a right," she told the Financial Times. "I don't think he's had enough support and he's calling for assistance."

Nissan CEO Hiroto Saikawa said the company will fix lapses that led to the current situation, and it could even claim damages from Ghosn.

"Today is a key turning point for Nissan," Saikawa said.

World News // 10 hours ago
China, India agree to diplomatic hotline after deadly clash
Feb. 26 (UPI) -- China and India agreed to establish a hotline between their top diplomats, but reports indicate differing views prevailed over the issue of disputed areas.