The president of the International Federation of Red Cross and Red Crescent Societies Francesco Rocca participates during a joint press conference with the Venezuelan Catholic Church, in Caracas, Venezuela, on Friday. Photo by Rayner Pena/EPA EFE

March 29 (UPI) -- Venezuela will allow the Red Cross to move humanitarian aid into the country from Colombia and Brazil, the international humanitarian group said Friday.

The International Federation of the Red Cross will transport the goods into Venezuela as long as the supplies are free from political influence, the humanitarian aid group's leader said at a news conference Friday. The organization said it received approval from President Nicolas Maduro's government to transport medical supplies into Venezuela, The New York Times reported.

"If the aid now in Cucuta and Brazil meets our protocol of no-politicization, we can distribute it without a problem," Red Cross President Francesco Rocca said in an El Nacional.

"We do not accept, and would never accept that children die because of lack of electricity," he added, according to El Nacional, referencing the continuing blackouts that have plagued the cash-strapped nation this month.

Rocca said the help will be provided "as long as rules of no military intervention are respected," VPItv reported.

President Nicolas Maduro has largely shunned accepting the international aid that has stockpiled just across from Venezuela's borders, saying it was collected under political motivations by countries that include the United States. Maduro has also called for an end to U.S. sanctions that he said are hurting the Venezuelan economy.

National Assembly leader Juan Guaido, who is trying to organize an interim government to replace Maduro after the legislature declared the presidency vacant earlier this year, said Friday that "the announcement by the Church and the Red Cross about the entry of humanitarian aid is a great achievement in our fight."

"We will not stop. We will go for the aid to our electrical system and to prepare Operation Freedom to stop the usurpation," Guaido said on Twitter.

The help introducing the aid is "the result of our pressure and insistence," Guaido said, adding that he believes medical supplies will enter Venezuela in coming days.

Guaido initially planned for aid to be introduced by masses of people into Venezuela, but on Feb. 23, those goods were rejected at the Colombian-Venezuelan border.

World News // 5 hours ago
Pope calls for peace during ecumenical event
Oct. 20 (UPI) -- Pope Francis gathered with other religious leaders in Rome for an international ecumenical event where they affirmed their commitment to peace.

World News // 19 hours ago
Delivery service criticized in China for suspending BTS-related packages
Oct. 20 (UPI) -- A Chinese delivery service that said it had stopped transportation of all packages related to BTS is under fire for the statement posted to a local social media platform. 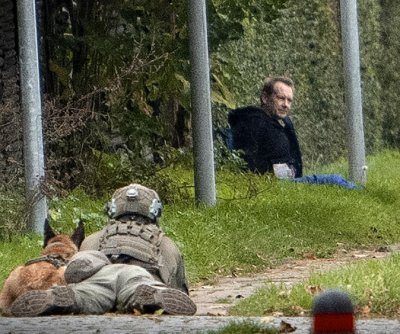 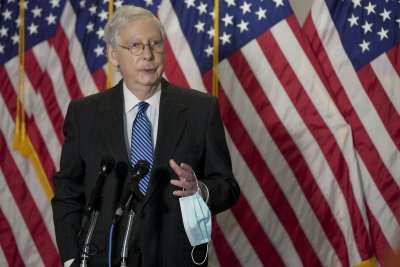