Anti-North Korea group: Raid on embassy in Spain 'not an attack'

SEOUL, March 27 (UPI) -- The anti-Pyongyang group that has been identified as a North Korea government-in-exile confirmed Wednesday it was behind the February raid at the North Korean Embassy in Madrid.

"This was not an attack," the group stated on its proprietary website. "We responded to an urgent situation in the Madrid embassy. We were invited into the embassy, and contrary to reports, no one was gagged or beaten."

The group went on to say North Korean embassies are "not like the traditional diplomatic, commercial and cultural outposts of legitimate governments.

"The regime's embassies and offices are hubs of illicit narcotics and arms trafficking, mediums for the furtherance of propaganda of a totalitarian regime that systematically commit crimes against humanity," Cheollima Civil Defense said. "They are launch pads for global cyberattacks and thefts, assassinations, kidnappings and hostage taking -- including of the families of their own diplomats."

Cheollima's claim the group was "invited" into the mission is raising speculation whether a North Korean Embassy insider had provided help with the break-in, South Korean news agency Yonhap reported Wednesday.

The group also confirmed it "shared certain information of enormous potential value with the FBI in the United States, under mutually agreed terms of confidentiality." It condemned U.S. government sources who "leaked to the media" information about the raid.

Adrian Hong Chang, the alleged leader of the raid where documents and data were taken from computers, is under investigation.

Hong Chang is a U.S. resident who holds a Mexican passport, and allegedly posed as a North Korean diplomat with a Kim Jong Un badge, when police arrived on the scene at the embassy.

Hong Chang's name and profile bears similarity to that of a North Korean human rights activist.

World News // 2 hours ago
25 years after war, a Bosnian city fights for democracy
MOSTAR, Bosnia and Herzegovina, Jan. 17 (UPI) -- A European court decision could open the way for residents of the Bosnian city of Mostar to vote in municipal elections and finally close an illegal landfill poisoning the city. 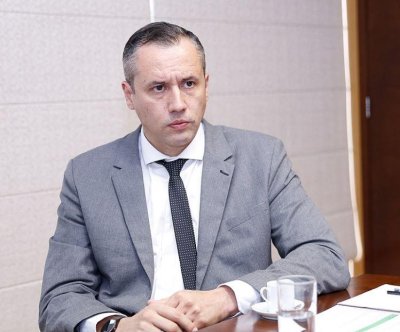 World News // 5 hours ago
'Middle income trap' fears grow as China's per capita GDP exceeds $10,000
Jan. 17 (UPI) -- China officially recognized the country's per capita GDP has surpassed $10,000 for the first time in its history, a new record that could bolster Chinese President Xi Jinping, who rules without term limits.

World News // 6 hours ago
U.S., Taliban at 'important' stage of Afghan peace talks, officials say
Jan. 17 (UPI) -- U.S. and Taliban negotiators are working toward a deal to reduce the level of violence in Afghanistan during talks in Qatar Friday, officials said.

World News // 7 hours ago
South Korea politician under fire for remarks against disabled
Jan. 17 (UPI) -- A South Korean ruling party politician is taking heat from activists after making controversial remarks regarding the physically and mentally disabled.