Police inspect a tram Monday after a shooting attack in Utrecht, The Netherlands, Photo by Ricardo Smit/EPA-EFE

Emergency workers tend to injured on a tram Monday at 24 October Place in Utrecht, Netherlands, after a shooting attack police believe is terror-related. Photo by Robin Van Lonkhuijsen/EPA-EFE

March 18 (UPI) -- Dutch police arrested a suspect in a deadly shooting aboard a tram Monday that officials said bore the hallmarks of a terror attack.

The shooting took place aboard a tram in the city of Utrecht, leaving three people dead and five others injured. Emergency officials treated the injured at 24 October Square station, named in honor of the founding of the United Nations.

The suspect, identified as 37-year-old Gokmen Tanis of Turkey, led officials on a manhunt for hours before his arrest, Utrecht police said.

Authorities said the shooter may have carjacked a vehicle before the shooting. Police said they found the car a short time later.

"Today is a black day for our city, for Utrecht. Unsuspecting and innocent people in the tram on their way to work or school were attacked," Utrecht Mayor Jan van Zanen said according to the Telegraph.

"The fact that this day would run so cruelly differently than everyone had foreseen is shocking the city, but also abroad."

Utrecht police said they have not determined a motive for the attack, but it has the hallmarks of a terror plot. The city raised its terror threat level to a maximum of five.

Utrecht is in the Netherlands' central region, about 20 miles southeast of Amsterdam. 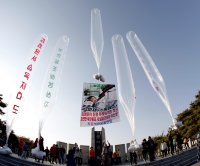 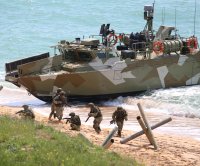