Benny Gantz, leader of the new Israeli Blue and White Party, points to Gaza in the distance, after crossing inside the security fence in Kfar Aza on the Israeli-Gaza border in southern Israel. Photo by Debbie Hill/UPI | License Photo

Yair Lapid, left, and Benny Gantz, right, leaders of the new Israeli Blue and White Party, play backgammon in a cafe in the southern town of Sderot, Israel, while on a campaign tour to Israel's border with the Gaza Strip. Photo by Debbie Hill/UPI | License Photo

During a press conference as part of a campaign tour of Israeli communities near the border of the Palestinian-controlled Gaza Strip, the former defense minister of Israel said, "we will enhance the support to the people of Gaza without compromising an inch of our security. If they attack us, they will face forceful action, even targeted killing, if required. Hamas knows precisely what we mean by that."

The comment comes as a criticism against Prime Minister Benjamin Netanyahu's government, which he said had done little to forward protective measures following Operation Protective Edge, a seven-week military operation Gantz led in 2014 with aims of restoring sustained peace to Israeli citizens by striking Hamas infrastructure in Gaza.

The military tactic, framed as a preventative measure by Israel, was condemned by rights groups, the United Nations Human Rights Council and foreign governments over the civilian casualties it caused.

Gantz said for three and a half years following the operation, Israel achieved "a period of calm. No rockets, no balloons, no kites."

But other than maintaining physical barriers along the Gaza border, nothing else had been done, he said, to thwart the recent escalation in violence between Palestine and Israel.

"We will change this placid policy and promote a stern strategy," he said, going so far as to say his government will "demand the return of our MIAs and captives" from Hamas.

The Kahol Lavan Party, known as the Blue and White Party in English for the colors of the Israeli flag, formed as a political alliance between Gantz's Israel Resilience Party and Yair Lapid's Yesh Atid Party on Feb. 21. Under the alliance, if the Blue and White Party is elected, Gantz would serve as prime minister for the first two and a half years after which time Lapid would take the country's helm for the back half of the term.

The comments by Gantz come on the heels of Israeli aircraft striking several Hamas targets within the Gaza Strip in retaliation for a rocket launched at Israel from the Palestinian territory.

Standing before the border, Gantz said behind him was "a protracted challenge" while in front were Israeli settlements "we must protect."

The election is scheduled for April 9. 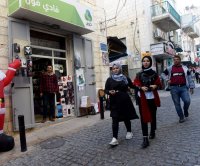 World News // 18 hours ago
Biblical city of Bethlehem quiet as Christmas season begins without tourists
Dec. 4 (UPI) -- Christmas celebrations are underway in Bethlehem this week without tourists and pilgrims due to COVID-19 restrictions, leaving the Biblical town where Christians believe Jesus was born quiet during the holidays. 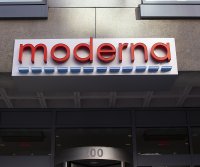 World News // 22 hours ago
Brucellosis cases in China exceed 10,000 after vaccine factory accident
Dec. 4 (UPI) -- More than 10,000 people in China are reportedly infected with a highly contagious disease that can lead to chronic health issues, after a vaccine factory used expired sanitizer, and bacteria spread through the plant.