Feb. 18 (UPI) -- A former president of the Maldives has been taken into custody until his money laundering trial is completed.

Abdulla Yameen was arrested Monday after prosecutors accused the former president of bribing witnesses to change their testimony.

The jail sentence at Maafushi will prevent him from further influencing the trial. The 59-year-old Yameen faces money laundering charges because prosecutors say he stole $1 million from the country's coffers while in office.

Defense lawyers said the Anti-Corruption Commission "has so far failed to prove" the $1 million transferred to Yameen's account were state funds obtained through corruption. Instead, Yameen contends, the $1 million was given to him for his re-election campaign.

Yameen, who is backed by China, lost his bid for re-election in September. The new regime aligns more closely with India and has started investigating infrastructure deals that Yameen awarded to the Chinese during his term.

Family seeks photographer to travel with them for $100,000 U.S., India must save the Maldives Sophie Turner, Joe Jonas vacation in Maldives after engagement 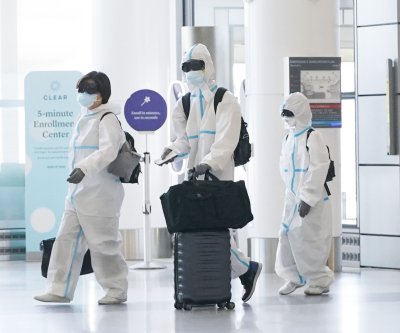 World News // 7 hours ago
Police uncover largest-ever cocaine lab in Netherlands
Aug. 11 (UPI) -- Dutch police have arrested more than a dozen people during a raid that turned up what officials say is the largest cocaine lab ever found in the Netherlands, authorities said Tuesday.

World News // 7 hours ago
Polio vaccines return in Afghanistan, Pakistan after COVID-19 hiatus
Aug. 11 (UPI) -- Pakistan and Afghanistan have restarted Polio vaccinations after their campaigns were interrupted by the COVID-19 pandemic months ago, the United Nations Children's Fund said Tuesday.

World News // 9 hours ago
Explosions target 2 U.S. supply convoys in Iraq
Aug. 11 (UPI) -- The Pentagon said Tuesday it is investigating a pair of attacks on U.S.-supported military convoys in Iraq.