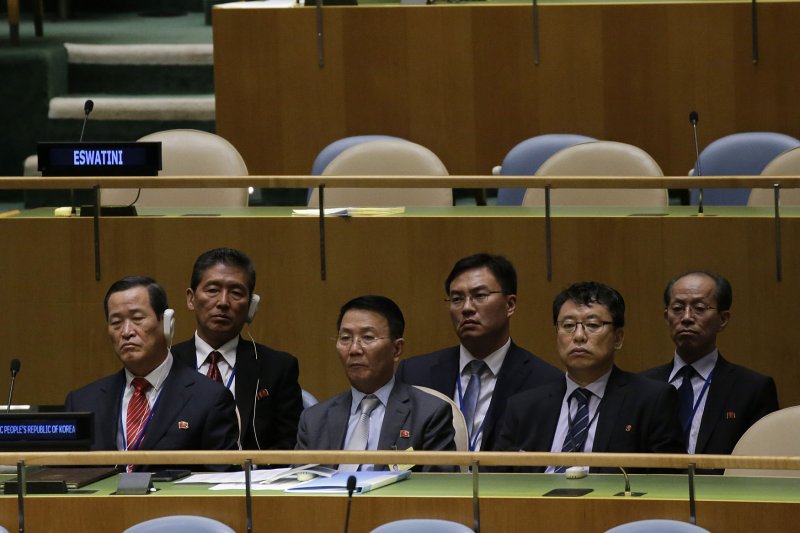 In a statement published on the ministry's website, North Korea clarified its official position on Japanese candidacy on Jan. 29, at a meeting held at the U.N. headquarters in New York.

North Korea's Ambassador to the U.N. Kim Song said at the meeting Japan's history and lack of atonement for past war crimes are reasons why Tokyo should not be admitted to the Security Council, according to Pyongyang.

"In past decades, Japan invaded countless nations in Asia by force, and committed crimes against humanity that cannot be washed away," the North Korean diplomat reportedly said. "Seventy years after the end of war, they have not acknowledged" the past.

The North Korean ambassador also said the principles of respect for equality and non-interference are being ignored at the Security Council, a possible reference to sanctions against his country. He also said sovereign nations' rights are being violated.

"The reform of the U.N. Security Council should be carried out in accordance with the principle of ensuring international justice, fairness and democracy while guaranteeing the representation rights of non-aligned and developing countries," Kim reportedly said.

Japan is under consideration for two of the new permanent seats at the Security Council, along with India.

North Korea has stopped nuclear tests and is working with the international community, the statement read.

"Our principle of no longer making or using nuclear weapons, nor proliferating them anymore is a faithful fulfillment of the June 12 joint statement" between the United States and North Korea.

U.S. President Donald Trump is expected to meet with Kim Jong Un before the end of February.

World News // 7 minutes ago
Trial starts in Russia for WNBA star Brittney Griner
July 1 (UPI) -- The Moscow cannabis oil possession trial of WNBA player Brittney Griner began Friday, with Griner facing a possibility of up to 10 years in a Russian prison if convicted.

World News // 1 hour ago
Inflation jumps to record 8.6% in eurozone
July 1 (UPI) -- Inflation in the eurozone reached an annual rate of 8.6% in June, an increase from 8.1% in May, according to the latest European economic statistics released Friday.

World News // 2 hours ago
Former U.S. military base in South Korea to become green park in heart of Seoul
SEOUL, July 1 (UPI) -- For almost 120 years, Yongsan Garrison has been off-limits to South Korean civilians -- but now the walled compound in the heart of Seoul is turning into a public park that officials say will transform the city.

World News // 11 hours ago
Xi Jinping returns to Hong Kong for first trip outside of mainland China in two years
June 30 (UPI) -- Chinese President Xi Jinping traveled to Hong Kong on Thursday to mark the 25th anniversary of its return from British rule and to inaugurate the administration of its new chief executive, John Lee.

World News // 16 hours ago
Swiss chocolate maker stops production after finding salmonella
June 30 (UPI) -- One of the world's largest chocolate producers is shutting down operations at one of its massive factories because of a salmonella outbreak, the company confirmed Thursday.

World News // 18 hours ago
China rebukes NATO for singling out Beijing in latest security threat guide
June 30 (UPI) -- China's mission to the European Union rebuked NATO on Thursday for singling out China for the first time in its latest Strategic Concept, which provides the alliance a guide to respond to security threats and challenges.
Advertisement