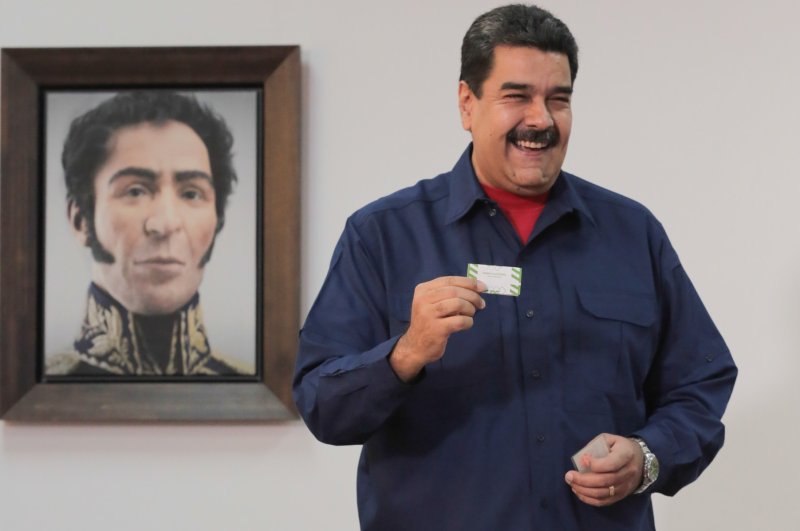 Jan. 28 (UPI) -- North Korea is calling for "socialist solidarity and cooperation" with Venezuelan President Nicolas Maduro, as countries like China and Russia are endorsing the ruling regime.

In a statement published to its foreign ministry website on Monday, North Korea stated it will "expand ties" with Caracas through diplomatic channels, despite calls from Venezuelans for Maduro to step down.

Ri reportedly told the Venezuelan government North Korea will continue to "strengthen solidarity and cooperation with socialist countries in accordance with the ideology of self-reliance, peace and good will" and to "develop relations with all nations that exhibit friendship."

Ri also discussed the details of Kim Jong Un's fourth summit with Chinese President Xi Jinping. The meeting in January took place behind closed doors and little information has been disclosed about the summit in January.

"We will make every effort to expand the relationship between the two countries this year," Suarez reportedly said.

Venezuela is facing a political crisis as election results are under dispute. Opposition leader Juan Guaidó has declared himself president, and the United States, Britain and most of Latin America have endorsed the political challenger.

North Korea's support for Maduro comes at a time when the Kim regime is seeking stronger ties to neighbors Russia and China.

The meeting was disclosed on the Facebook page of the Russian embassy in Pyongyang, according to the report.