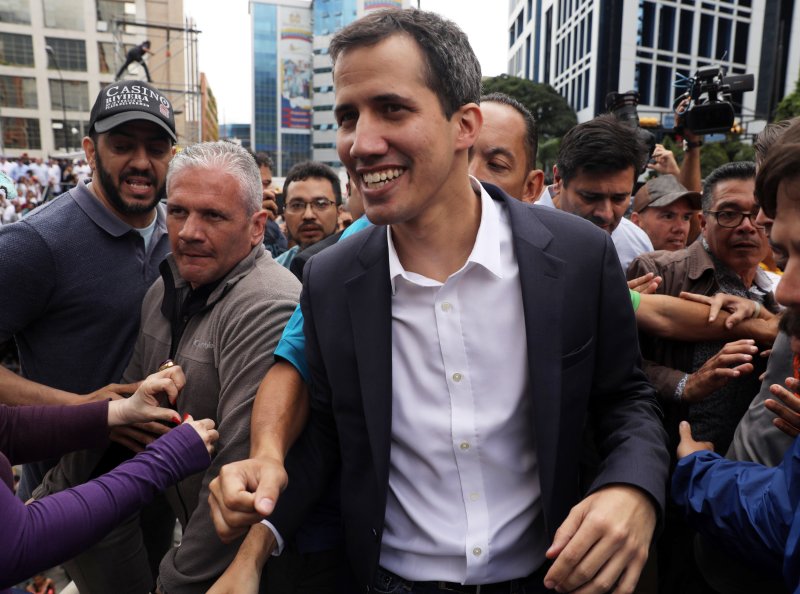 Juan Guaido, President of the Venezuelan National Assembly, appointed himself interim president and has won the support of President Donald Trump. Photo by Miguel Gutiérrez/EPA-EFE

The violent clashes -- local sources have the death toll much higher -- have gained the attention of the world as President Donald Trump said Wednesday he will recognize Guaido as the country's interim leader until new elections can be held.

The country's economy is in shambles and there are ongoing food shortages, forcing Venezuelans to flee the country.

U.N. human rights chief Michelle Bachelet said in a statement she's "extremely concerned that the situation in Venezuela may rapidly spiral out of control with catastrophic consequences."

She called for both sides to have a dialogue soon.

Countries like China, Russia and Turkey support Maduro, who won an election in May that was boycotted by political opponents.

Guaido, leader of the country's National Assembly, will make a speech Friday morning, when he is expected to talk about his next steps as interim president.

In a radio interview Friday cited in The New York Times, Guaido urged Venezuelan diplomats in the United States to keep working and refuse orders to return home, an act of defiance as Maduro attempts to cut all U.S. ties.

Guaido also wants to bring humanitarian aid to Venezuela. He was talking from an undisclosed location.

"They could imprison me today," he said. "We can't rule anything out."

U.S. diplomats still in Venezuela remain inside the embassy in Caracas after disobeying Maduro's order to leave the country by Saturday, The Washington Post reported. The act of defiance could lead the regime to cut electricity and gas service to the embassy. The State Department ordered many non-essential employees and their families to come back to the United States.

U.S. officials said there are no plans to completely close the embassy, adding that senior staff will stay.

"They say they don't recognize Nicolás," Diosdado Cabello a pro-government loyalist who leads the new Constituent Assembly. "Okay. Maybe the electricity will go out in that neighborhood, or the gas won't arrive. If there are no diplomatic relations, no problems."

Security forces have raided homes and made hundreds of arrests to root out political dissent. The U.N. reported 320 arrests on Wednesday alone.

"This is, at heart, a crisis of governance, and it is the responsibility of the country's leaders to put an end to this disastrous situation," said Bachelet, who served two terms as Chile's president. "What more is needed before the political leadership put their people's well-being ahead of their own interests?"

At a news briefing Friday, Mexican President Andrés Manuel López Obrador said his nation will not intervene in Venezuela, keeping to a longstanding principle of non-intervention in foreign policy.

Patrick Timmons contributed to this report from Mexico City.

World News // 13 hours ago
Police uncover largest-ever cocaine lab in Netherlands
Aug. 11 (UPI) -- Dutch police have arrested more than a dozen people during a raid that turned up what officials say is the largest cocaine lab ever found in the Netherlands, authorities said Tuesday. 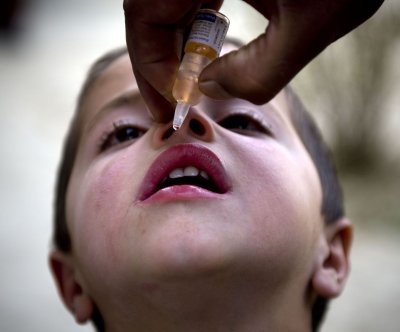 World News // 16 hours ago
Explosions target 2 U.S. supply convoys in Iraq
Aug. 11 (UPI) -- The Pentagon said Tuesday it is investigating a pair of attacks on U.S.-supported military convoys in Iraq.