Maduro raises minimum wage in Venezuela to $6 per month

Jan. 15 (UPI) -- Venezuelan President Nicolas Maduro has announced a 300 percent increase to the nation's minimum monthly salary -- to the equivalent of a few dollars per month.

The minimum wage was raised from 4,500 to 18,000 Bolivares, equivalent to just $6 in the parallel (unofficial) market, El Pais reported Tuesday. Economist believe that with ongoing hyperinflation, it will lose its value within days. The amount would only be enough to buy about three pounds of chicken, the newspaper noted.

Maduro's announcement, along with others like greater reserve requirements for banks, are likely to worsen inflationary pressures and contract the economy, Venezuelan economist and opposition lawmaker Jose Guerra told El Pais.

The National Assembly, where the majority of legislators belong to the opposition, has estimated the accumulated inflation last year was 1.7 million percent. The Venezuelan Central Bank has released some figures exclusively to the International Monetary Fund, but has not made any inflation figures public since 2015.

In a speech before the National Assembly Monday, Maduro said Venezuela's extreme poverty rate fell from 4.4 to 4.3 percent in 2018. In contrast, a poll by three universities showed the nation's extreme poverty increased by 61 percent the year before.

In his four-hour speech, Maduro ordered 23 state-owned companies -- including Venezuelan state oil company PDVSA -- to sell 15 percent of its production in the so-called "Petro," a complex cryptocurrency that's backed by natural resources like oil and gold. It was created in 2017, but it isn't recognized anywhere outside Venezuela.

The salary increase is 300 percent greater compared to the last wage announcement a month ago, El Nacional reported. The newspaper noted that Maduro announced a total of five wage increases in 2018.

About three million Venezuelans have left the country in recent years, not only due to scarcity of basic goods and economic mismanagement, but also because of increased violence and repression.

Most Latin American presidents skipped Maduro's swearing-in ceremony last Thursday. The Organization of American States, which groups countries in the Americas, voted to disown the legitimacy of Maduro's presidency.

World News // 16 hours ago
European Union reopens to American travelers
June 18 (UPI) -- The European Council on Friday announced that countries in the European Union could gradually lift travel restrictions on several nations, including the United States. 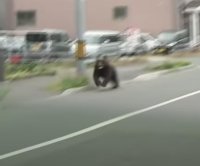