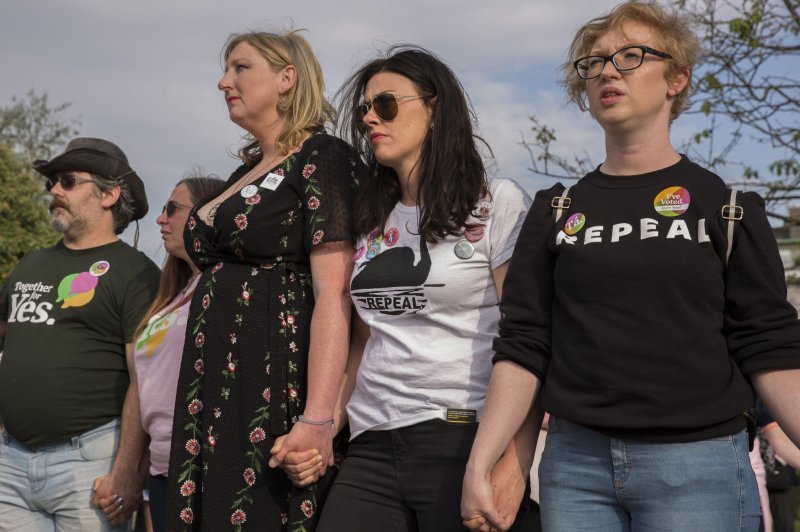 Locals of Galway, Ireland, hold hands during a minute of remembrance for Savita Halappanavar who died in 2012 due to a septic miscarriage. Irish President Michael Higgins signed a bill legalizing abortion up to the 12th week of pregnancy on Thursday. File Photo by Skye McKee/UPI | License Photo

Ireland's legislature crafted the bill earlier this month after a referendum in May saw more than 66 percent of Irish voters support loosening the country's restrictive abortion law.

Under the new law, which requires approval on a number of measures by Minister of Health Simon Harris, women can seek an abortion up to the 12th week of pregnancy. Women having an abortion are subject to a cooling-off period and a medical exam.

Abortions after the 12th week will be permitted in some circumstances.

Amnesty International welcomed the law, which goes into effect January 2019.

"Ireland's abortion law was one of the most restrictive in the world, and today that is finally ending," said Sorcha Tunney, Campaign Coordinator of It's Time campaign for Amnesty International Ireland.

"Today is also a day to reflect on where we have come from. For over 35 years, women and girls have been denied access to safe and legal abortion beyond when their life was at risk. Hundreds of thousands of women and girls were forced to travel, forced into secrecy and shame. They were gravely denied their human rights.

Supreme Court passes on Medicare case in victory for Planned Parenthood CDC: U.S. abortions have fallen by 24 percent since 2006

World News // 14 hours ago
South Korean pastor accused of calling women followers 'prostitutes'
March 1 (UPI) -- A South Korean church leader is coming under fire for allegedly describing the women in his congregation and in the Bible as "prostitutes." 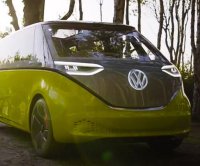 World News // 14 hours ago
Volkswagen says it will unveil autonomous minibus next year
March 1 (UPI) -- After years of a rumored return, Volkswagen's iconic minibus took a step closer to becoming a reality Monday -- and the automaker said it will be a self-driving vehicle.