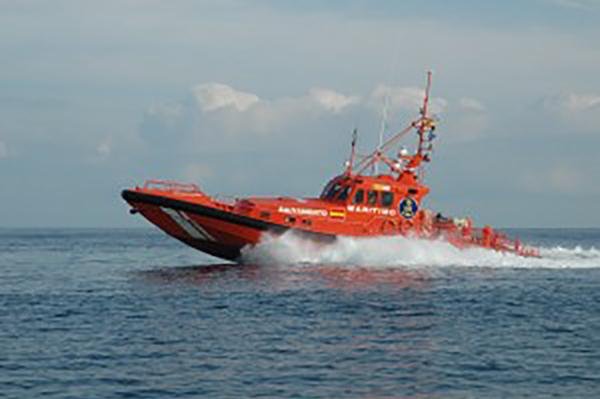 The Red Cross of Almeria, a city in southern Spain on the Mediterranean, tweeted that health officials are caring for 32 people rescued alive in the boat.

The other 11 deceased migrants were found dead in the boat, likely killed from dehydration after drinking ocean water, surviving passengers said.

Spanish rescuers had been looking for the boat for two days. Three of those rescued are in the hospital in serious condition.

The research ship Hesperides detected the shipwreck of the boat, which left Morocco on Tuesday. The sea rescue occurred at 2:15 a.m. local time Thursday.

Spanish Maritime Sea Agents are searching for four additional boats that are reportedly in trouble. Moroccan officials have rescued three boats but it has not been determined whether those could are the vessels Spanish officials believe to be in duress, El Pais reported.

Deaths of African migrants in this area of the Mediterranean Sea are on the rise.

The Missing Migrants Project team has documented the deaths of 744 people in the waters this year between North Africa and Spain, compared with 224 last year, according to a report issued Tuesday by the International Organization for Migration (IOM).

This is the fifth straight year during which the arrival of irregular migrants and refugees topped 100,000, the report added.

A total 2,217 people have died this year crossing the Mediterranean. The Mediterranean continues to account for most migrant deaths recorded globally.

World News // 1 hour ago
Italy, Spain record much lower rises in coronavirus deaths; global toll 68,000
April 5 (UPI) -- As the coronavirus outbreak intensifies exponentially throughout the world, the rate of fatalities is decreasing notably in the two hardest-hit nations, Italy and Spain.