A monk and tourists walk in the Monastery of the Caves called Pechersk Lavra in Kiev. Ukrainian priests are expected to meet Saturday to formalize plans to to create a new Orthodox church independent of Russian influence. File Photo by Sergey Starostenko/UPI | License Photo

Dec. 15 (UPI) -- Ukrainian President Petro Poroshenko on Saturday night announced the creation of an independent Orthodox church that he said marks a "spiritual independence" from Russia.

He spoke after a unification council of 190 delegates selected Metropolitan Epifaniy, who was born Serhiy Dumenko, as its leader. In September, Patriarch Bartholomew of Constantinople granted the Ukrainian Church independence.

"It's here," Mr Poroshenko said to those outside. "This day has already gone into history as a sacred day, the day we created an autocephalous local Orthodox Church. It is a day of final independence from Russia."

The delegates presided over the final rites on the country's 332-year-old religious ties with Moscow Orthodoxy.

Moscow and the Moscow-backed Ukrainian Orthodox Church oppose the unification.

The Russian Orthodox church called the decision "lawless" and "political" in a statement.

The Moscow-backed church's 12,000 temples are the most number of congregations.

"The Russian Orthodox Church will now lose up to a half of its parishioners," wrote Russian opposition leader Alexei Navalny on Twitter. "What was built over hundreds of years has been destroyed by Putin and his idiots over four years. Putin is an enemy of the Russian nation."

The Ukrainian government, despite opposition to the Russian-backed church, said every congregation will have the right to choose to which church it belongs.

On Jan. 6, Epifaniy, 39, and Poroshenko will fly to Istanbul, Turkey, where they will be presented with a tomos, or decreem granting autocephaly, or independence, from the Ecumenical Patriarchate of Constantinople.

Poroshenko has accused the Moscow-controlled branch of being a tool of the Kremlin.

"The creation of an independent Ukrainian Orthodox church is a necessary attribute of nation-building," Poroshenko told Ukrainian network ICTV, adding that a chance at religious independence is an "opportunity that arises once in a millennium."

Russian Foreign Minister Sergei Lavrov referred to Poroshenko's efforts to establish the independent church as a "gross interference of the government in the affairs of the church."

Russia-Ukraine relations have been tense since Russia's annexation of Crimea in 2014.

World News // 6 hours ago
Future pandemics will be worse without major strategy shift, study says
Oct. 29 (UPI) -- International experts in a new scientific study warned on Thursday that pandemics like COVID-19 will emerge more often in the future unless more targeted efforts are made to control them. 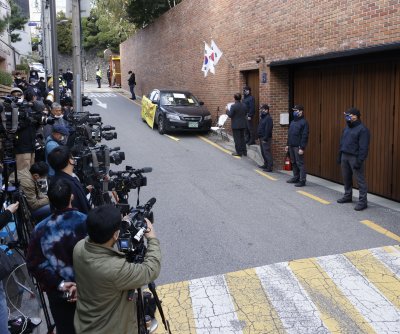 World News // 12 hours ago
Knife 'terrorist attack' at Catholic church in Nice, France kills 3
Oct. 29 (UPI) -- At least three people were killed in the southern French city of Nice Thursday in what police and local officials describe as a terrorist attack by an assailant with a knife at a Catholic basilica.