The Hyundai labor union said the taxes are a burden the Korean industry must take on in addition to another tariff -- a 25 percent tax on pick-up trucks that was extended to 2041.

The 25 percent tariff or penalty included in Section 232 of the U.S. Trade Expansion Act is a "double penalty against Korean carmakers," the union said in statement.

"This is a failure of the Moon Jae-in administration's foreign policy and trade strategy," the group said, referring to the signing of the agreement in New York in September.

The union added the South Korean government, and the Korean parliament's ratification of the bill is an act that will "bring about cataclysm" to the automobile industry.

"If the tariff 'bomb' becomes reality, two Hyundai manufacturing plants will shut down, job availability will decline and job insecurity will increase," the union said, adding a government plan to create jobs in the city of Gwangju, based on reduced wages for hired workers, is a distraction to the tariff crisis.

The South Korean union is protesting tariffs as reports are surfacing in neighboring Japan the economic pressure to "buy American" for Tokyo is hurting Japan's defense industry.

The Tokyo Shimbun reported Monday Japan's move to buy U.S. weapons, including F-35 fighter jets, is having an impact on Japan's development of weaponry, because the money spent on U.S. goods will no longer go toward technology development in the Japanese defense industry. 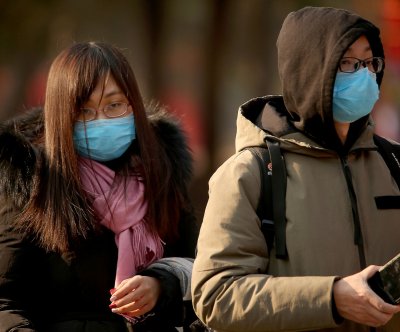