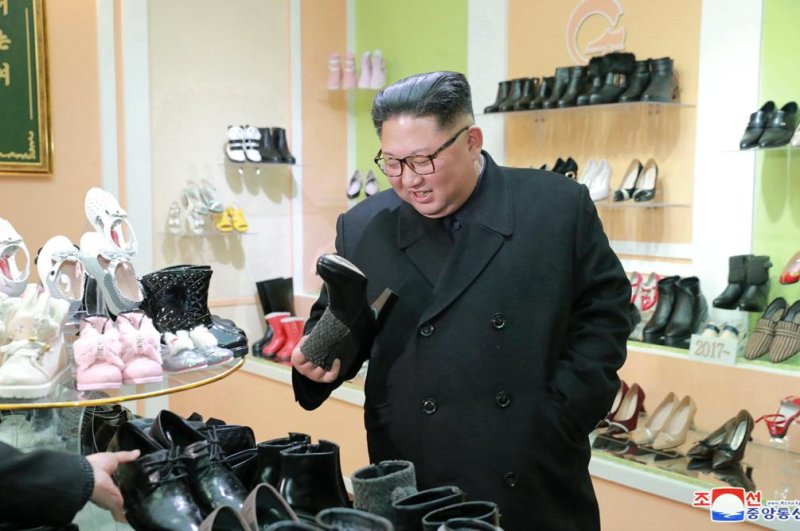 Dec. 3 (UPI) -- Kim Jong Un made a surprise visit to a North Korean shoe factory and praised the workers for their exemplary labor, according to state media.

The North Korean leader, who has said economic development based on "self-reliance" is the core of his concerns, expressed "satisfaction" with the shoes he inspected on site, KCNA reported Monday.

Kim commended the production staff and acknowledged he had made an impromptu visit.

"I arrived at the factory without notice, but ended up seeing a bumper year of shoes," Kim said. "Seeing a factory pouring out good quality shoes while the sound of regularized factory production rings high, puts me in a good mood."

Kim also said the proportion of domestic shoe production should be raised -- but the North Korean report did not elaborate on the statement, or whether imported shoes were dominating the North Korean market for shoes.

The Rodong reported Kim's father, former leader Kim Jong Il, had wanted to visit the factory in his final days but was unable to make the trip.

World News // 7 hours ago
At least 11 dead, 98 injured in Egypt train crash
April 18 (UPI) -- Egypt's Ministry of Health and Population said at least 11 people died and 98 more were injured after a train derailed near the city of Toukh, north of Cairo on Sunday.