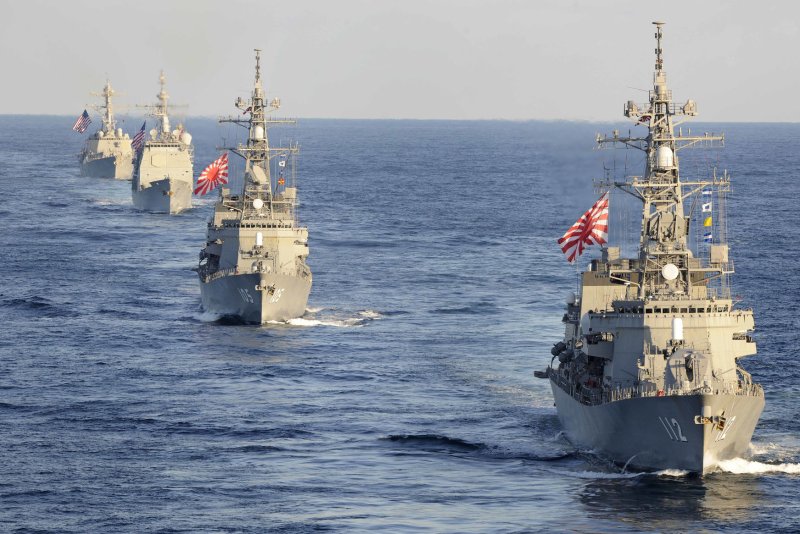 The deployment is part of revisions to the defense ministry's medium-term defense plan, according to the report.

The plan has only been revised four times since 1976, and the medium-term defense plan is drafted every five years.

In 2017, Japanese Prime Minister Shinzo Abe had called for revisions to the midterm plan in response to North Korea's missile provocations and Chinese incursions into Japan-claimed waters.

Japan's defense agency is to release its 2019-23 midterm plan in December, according to the report.

If the plan is confirmed, Japan's defense forces can begin tests in 2021 of stealth sonar that will be installed on the drone equipment, according to Kyodo.

The drones are likely to be positioned around the Ryukyu Islands, where Chinese naval vessels have been seen en route to the Pacific Ocean.

Tokyo Shimbun reported Monday the equipment will come with "high alert capabilities" and can also be used to monitor Chinese submarines.

Yomiuri Shimbun reported in June the defense ministry asked Mitsubishi Heavy Industries to develop an unmanned submarine for deployment in 2022, for about $35 million.

World News // 1 hour ago
Indonesia hunts for survivors after deadly quake in Sulawesi
Jan. 15 (UPI) -- A search for survivors is underway in Indonesia after a 6.2-magnitude earthquake hit the country's Sulawesi Island.

World News // 22 hours ago
Election Day in Uganda: Rapper hopes to unseat sitting president
Jan. 14 (UPI) -- Ugandans went to the polls on Thursday to elect a president, with the incumbent leader -- who's ruled for nearly four decades -- facing a number of challengers, including a former rapper.