Areas of Canada have been experiencing a shortage of marijuana two weeks after recreational use was legalized throughout the country. File Photo by 7raysmarketing/pixabay

Nov. 1 (UPI) -- Canada is experiencing a marijuana shortage two weeks after it legalized recreational use throughout the country.

The Canadian government said its official store in Quebec, the country's second most populous province, would only be open from Thursday to Sunday as there wasn't enough marijuana to provide stock for the full week, Market Watch reported. The online ordering service would remain open, while physical store closures would continue until further notice.

Customers in Nova Scotia, where marijuana is sold through government-run stores and Alberta, which sells through private retail stores, said they received about 40 percent of the marijuana they ordered through he country's licensed producers.

Additionally, the only outlet in Cape Breton shut down for 9 hours this week due to lack of marijuana.

"The issue we are dealing with is supply. So our priority is to get that supply secured and to receive the inventory we ordered back in August," Beverly Ware, a spokesperson for the Nova Scotia Liquor Corporation, which legally sells cannabis told CTV. "Understandably, it's taken licensed producers some time to be able to get fully up and running and be able to meet their commitments."

Officials from the Ontario Cannabis Store, an online retailer operated by Canada's most populous province, said it made 100,000 sales within the first 24 hours and as of Tuesday afternoon had processed 150,000 orders since Oct. 17, adding it has enough marijuana to supply all orders and has continued to receive more.

However, the store had received complaints about delivery times, cancelations and quality of the product.

New Brunswick also sold $2.1 million worth of cannabis in the first week of sales with few issues.

RELATED Canada may soon pardon those with marijuana convictions

World News // 12 minutes ago
North Korea accuses South of twisting facts about Korean War
Oct. 30 (UPI) -- North Korea is blasting Seoul following statements about the 1950-53 Korean War that began with the North's invasion of the South. 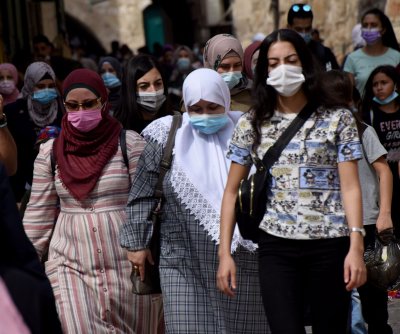