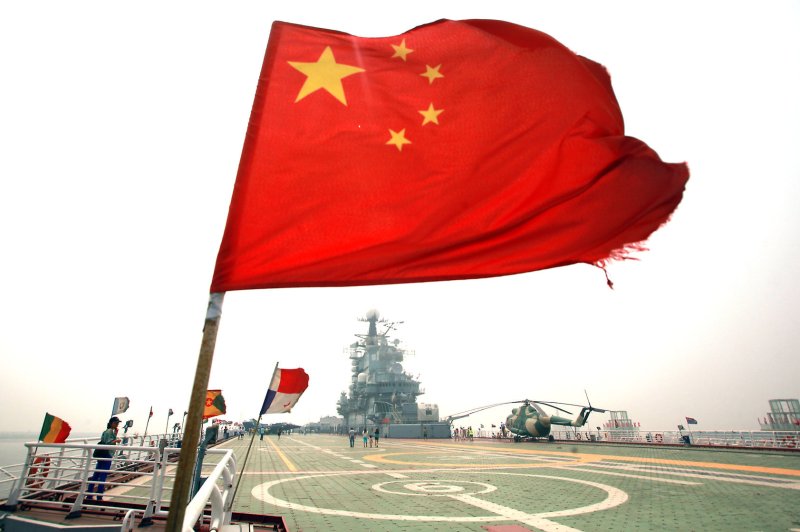 Aug. 30 (UPI) -- China's People's Liberation Army naval forces have conducted two drills and plan another this week near the Korean Peninsula in a possible show of force, ahead of a planned inter-Korea summit in Pyongyang in September.

According to China's maritime authorities on Thursday, the Chinese navy is to again conduct drills in its northeastern waters from Friday to Sept. 7, South Korean news agency Yonhap reported.

The plan for the military exercises comes about a week after the navy conducted an eight-day drill in the Bohai Sea from Aug. 17 to 24, and another drill took place between Aug. 18 and 22, according to the report.

The area is not far from North Korea's Hwanghae Provinces.

China's first domestically built aircraft carrier, the 001A, was tested for the second time on Sunday after being deployed from Dalian Shipyard in the Liaodong Peninsula.

The 001A is unlikely to participate in the next round of exercises, according to Yonhap.

But a Yonhap source in the area said the aircraft carrier could participate "indirectly."

China has been the target of U.S. President Donald Trump's criticisms, following his decision to cancel Secretary of State Mike Pompeo's trip to Pyongyang.

Trump made a rare move on Twitter late Wednesday, when he published an official "statement from the White House," blaming China for placing North Korea under "tremendous pressure" because of U.S.-China "trade disputes."

"President Donald J. Trump feels strongly that North Korea is under tremendous pressure from China because of our major trade disputes with the Chinese Government," the tweet from Trump's account read.

"We also know that China is providing North Korea with considerable aid, including money, fuel, fertilizer and various other commodities. This is not helpful!" the statement read.

Fertilizer is not under international sanctions.

STATEMENT FROM THE WHITE HOUSE

President Donald J. Trump feels strongly that North Korea is under tremendous pressure from China because of our major trade disputes with the Chinese Government. At the same time, we also know that China is providing North Korea with...

World News // 15 hours ago
South Korea president voices concern about Chinese reprisal
Feb. 28 (UPI) -- South Korean President Moon Jae-in may be concerned about Chinese retaliation if Seoul goes ahead with a decision to ban most foreign nationals traveling from China in response to the coronavirus outbreak.