Lois Rodriguez (L) and Diego Moncayo view a painting by Mexican muralist David Alfaro Siqueiros at Interpretaciones Formales, an exhibition of artwork seized from the homes of former Veracruz Gov. Javier Duarte, who has been jailed awaiting trial. Photo courtesy of Tim MacFarlan

MEXICO CITY, Aug. 28 (UPI) -- Sixteen artworks by famous Mexican, Colombian, Spanish and French artists adorn the walls of two rooms in a public art gallery in Xalapa, the capital of the Gulf Coast state of Veracruz.

Beyond the internationally acclaimed artists, what do the pieces have in common?

Veracruz state authorities said they confiscated the $8 million collection from a warehouse with furniture and other items belonging to the jailed former governor of Veracruz, Javier Duarte, in February 2017.

Duarte has been in a jail cell in Mexico City since his extradition from Guatemala in July 2017 where he spent nine months on the lam. Duarte awaits trial on federal charges of money laundering and criminal association, facing allegations from state auditors he made off with $2.5 billion from state coffers.

"It's important to remember that each of these pieces of art, bought with money stolen from the state of Veracruz, was on the walls of private houses and estates owned by Javier Duarte and his collaborators and now it can be enjoyed by all of the people of Veracruz," Gov. Miguel Ángel Yunes said when the exhibition opened in Xalapa at July's end.

Yunes' spokesman Elias Assad said, "We submitted the pieces for certification to ensure they are original."

At the gallery, Veracruz's government did not display proof of the artworks' provenance, how much Duarte paid for them, or purchase receipts. Yunes said they were found in a warehouse belonging to Duarte. When the exhibition opened in July, Duarte said the artworks were not his.

Mexico's federal attorney general said earlier this year it had seized 11 of Duarte's properties and artworks.

Assad said Duarte only owned a country house when he became governor in 2010, but over the years he acquired luxury properties in Mexico and abroad, none of which he could afford on his salary as a public official. Authorities also seized family photographs and the personal diaries belonging to Duarte's wife, Karime Macias. The diaries have made Macias infamous because she repeated one phrase throughout: "I deserve abundance."

After police arrested her husband in Guatemala in 2017, Macias and her three children fled to London. Yunes says she lives in Belgravia, a tony London neighborhood near Buckingham Palace.

When Mexican news outlets reported numerous federal criminal complaints of financial irregularities during Duarte's time in office, the federal auditor alleged Duarte stole about 3 pesos out of every 10 pesos from the state budget. In 2016 alone, the last year Duarte was in office, the federal auditor found Veracruz accounted for 20 percent of all defrauded public money in Mexico.

"It was a really dark time for Veracruz," says Noé Zavaleta, the author of the only book published to date about Duarte's governorship and a Xalapa-based investigative journalist. The state prosecutor, Jorge Winckler, has said between 2006 and 2016, 3,600 people were disappeared in Veracruz.

"It is well known there are hundreds of clandestine graves in this state," Zavaleta said. He will soon publish a second book about searching for the disappeared in Veracruz. Zavaleta has been threatened for his work exposing corruption in Veracruz.

"When Duarte was in power, 19 journalists were murdered and four disappeared, and as with all the murders and disappearances, impunity reigns in almost all those cases," Zavaleta said, standing in front of Botero's "Smoking Woman" painting.

For years, Veracruz has been the most dangerous place to practice journalism in the Americas, according to international press freedom groups like Article 19 and Reporters without Borders.

Zavaleta said he has reservations about the exhibition.

"Given the violence and the scale of the corruption, the exhibition is not enough and is just a publicity stunt by the current governor, who just used the state's press team to cover the exhibition's opening. Yunes did not invite media from local, national or international media," Zavaleta said.

Yunes won the governorship two years ago with promises to jail Duarte. But it is Mexico's federal government prosecuting Duarte, leaving Yunes with the art exhibition as a way to show he has followed through on a campaign promise. When Yunes encountered the small cubist work by Miró at the exhibition's inauguration, he exclaimed, "How divine!"

Recently, when rumors surged that Duarte might be released from federal pretrial detention, Yunes held a press conference to reassure the Veracruz public that even if Mexico's federal authorities released the former governor, he would still be jailed on charges in Veracruz, including for enforced disappearances.

Some visitors to the exhibition on Saturday exclaimed surprise at the quality of the collection's pieces and were glad they were now public property.

"I'm surprised at the variety of the art and Duarte's good taste," said María Rosa Eads, visiting her hometown of Xalapa from Baton Rouge, La., where she lives with her husband. Eads, like some other visitors interviewed at the gallery, said she had no idea the art collection had been paid for with state money and displayed in Duarte's homes before its seizure. There is no guide to the exhibition and Duarte's name is nowhere to be found on its poster.

"But I do know that Duarte stole a lot of money from the state and this affected everybody," Eads said. "When he left office, the state was almost bankrupt."

"I've never seen a Botero before, I feel very lucky. It's really cool. The whole thing is kind of crazy. But I really like it," said Diego Moncayo of Xalapa who was visiting the collection for the second time. "We came again because my mother hadn't seen the artworks, so we brought her."

Lois Rodríguez was also taking a second look at the exhibition. She was immediately pulled in by the artist's names.

"We are talking about a Botero! A Siqueiros! A Miró. Normally you have to go to other countries to see artists of this quality!" Rodríguez exclaimed. She said the collection is small but is worth the visit.

"The exhibition's important because it raises questions about their ownership," Rodríguez said. "It's great that they are up but the art was paid for by the people of Veracruz. So the question now becomes what to do with them?

"This exhibition doesn't forgive what Duarte and his cronies did," Rodriguez said. "Displaying the art is not enough. The legal processes against him have to continue. One of the problems right now is that a possibility exists Duarte might be released. Whatever happens to Duarte has to be more than just this art exhibition." 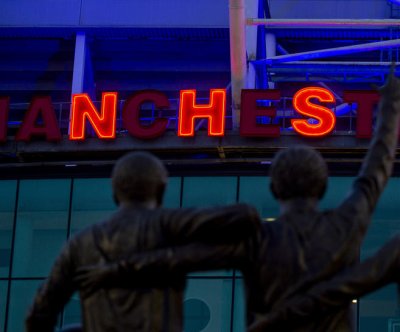 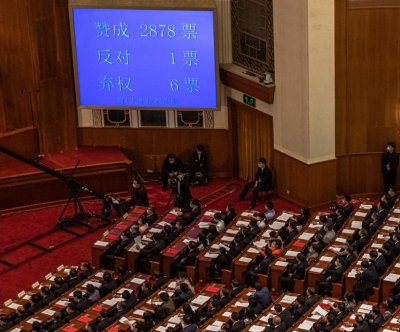