A firefighter battles a forest fire in Klausdorf near Treuenbrietzen in South Brandenburg, Germany, on Thursday. Photo by Alexander Becher/EPA-EFE

The blaze, sparked Thursday near Berlin in the state of Brandenburg, forced about 540 people from their homes in one nearby village. The villages of Tiefenbrunnen, Klausdorf and Frohnsdorf were evacuated, the latter of which was deemed safe Friday evening.

Heavy smoke from the fire drifted as far as the capital of Berlin.

"It can and probably will take days until the situation is safe," Brandenburg state Premier Dietmar Woidke said.

Local politician Gunter Baaske told the BBC nearby residents and firefighters heard blasts from "ammunition lying around in the forest." He said the explosive items may have been from the Soviet army during WWII.

"We in Brandenburg are in a very special situation here," Woidke said. "We have areas of around 100,000 to 120,000 hectares all around Berlin that have old munitions in the ground. Of course that is a huge danger in a forest fire situation because it stops rescue workers getting to the fire."

Deutsche Welle reported the fire has not damaged any homes. Firefighters used chainsaws to cut down trees to allow firetruck access within the forest. Other fire-suppressing efforts included helicopters dropping water from above and police riot trucks with water cannons.

"The fire services are very worried that the wind is constantly changing, which could cause areas they think have already been extinguished to burst into flames," Woidke told reporters Friday morning.

World News // 20 hours ago
25 killed after hundreds of inmates escape Haiti prison
Feb. 27 (UPI) -- Twenty-five people died after more than 200 prisoners escaped from a prison in Haiti, including a gang leader and the prison's director. 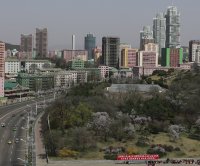