An overview of Jewish housing in the Israeli settlement of Har Homa, located in the West Bank between Jerusalem and Bethlehem, on January 3, 2017. On Wednesday, Israel's Civil Administration approved final construction of 382 new homes on the West Bank. File Photo by Debbie Hill/UPI | License Photo

The Civil Administration also discussed plans for construction of up to 1,000, which still require further permission from the Higher Planning Council.

More than 600,000 Jewish people live in about 140 settlements built on the West Bank and in East Jerusalem since Israel occupied the area in 1967, the BBC reported.

The settlements are considered illegal under international law as Palestinians have laid claim to the land for a future state, but Israel disputes the legislation.

The council also discussed plans to build housing units in the settlement of Adam where Israeli Defence Minister Avigdor Lieberman vowed to build 400 units in response to an attack last month in which an Israeli civilian was stabbed to death and others were injured by a Palestinian.

The Yesha Council, an umbrella organization of municipal councils representing Jewish settlers, said it was disappointed by how few new housing units were approved.

"This is a scant number of housing units, the smallest to have been approved in the past 18 months," the council said.

Chairwoman MK Tamar Zandberg of the Israeli Meretz Party said the decision to add more settlements was "like sticking a finger in the eye of any possible peace process" with the Palestinians.

"The government doesn't care about Israeli interests, only about the interests of settlers," Zandberg said.

World News // 19 minutes ago
South Korea confirms record number of COVID-19 patients
Feb. 19 (UPI) -- South Korea reported a record number of confirmed patients of the new strain of coronavirus in one day, bringing the total number of people affected by the epidemic in the country to more than 50.

World News // 1 hour ago
Erdogan: It's only 'matter of time' before Turkish forces fight in Idlib
Feb. 19 (UPI) -- Turkish President Recep Tayyip Erdogan issued a new threat to both Syria and Russia Wednesday, saying Ankara will conduct its own operations in Idlib after efforts failed to make it a safe haven for civilians. 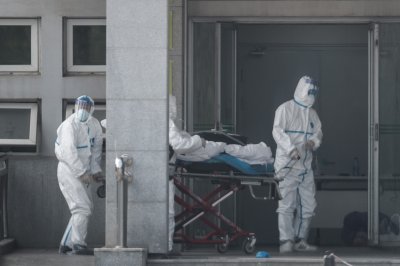