A helicopter involved in the salvage operation removing wreckage from the site following plane crash on Mount Piz Segnas is seen in Flims, Switzerland, on Sunday. Photo by Melanie Duchene/EPA-EFE

The Junkers JU-52 HB-HOT aircraft crashed Saturday in the Alps in eastern Switzerland with 17 passengers and three crew members on board for a sightseeing tour. The plane crashed at about 8,330 feet above sea level.

"Based on the situation at the crash site we can say that the aircraft hit the ground almost vertically at a relatively high speed," said Daniel Knecht, head of aviation at the Swiss Accident Investigation Board.

The plane departed from an airport in Locarno and was en route to a military airfield in Zurich.

Investigators were attempting to determine the cause of the crash, though the aircraft had no data recorders -- aka black boxes.

"What we can rule out at this point is a mid-air collision before the crash, either with another aircraft or with some other obstacle such as a cable," Knecht said.

A witness told Swiss newspaper 20 Minutes that "the plane turned 180 degrees to the south and fell to the ground like a stone."

Of those on board, three were Austrian and the rest were from Switzerland. 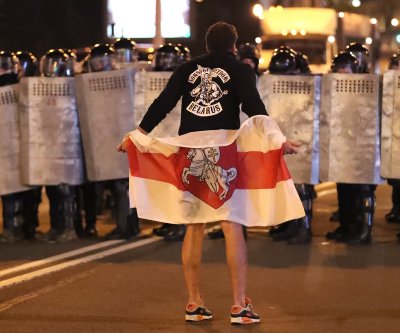 World News // 13 hours ago
Nagasaki calls for end to nukes 75 years after bombing
Aug. 9 (UPI) -- The mayor of Nagasaki called for Japan's government to join an international treaty banning nuclear weapons Sunday, 75 years after the city was struck by an atomic bomb.