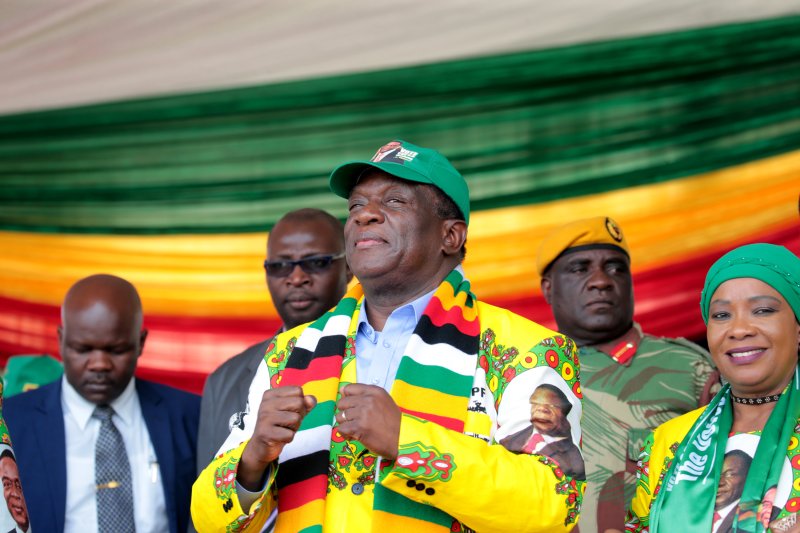 Zimbabwean President Emmerson Mnangagwa was declared the winner of Zimbabwe's first presidential election without former President Robert Mugabe on Thursday, after taking over the position when Mugabe was ousted in November. Photo by Aaron Ufumeli/EPA

Electoral commission chairwoman Priscilla Chigumba said Mnangagwa -- who took over after former President Robert Mugabe was ousted in November for ordering violence against his own citizens -- won 50.8 percent of the vote to defeat 40-year-old Nelson Chamisa, CNN reported. It was the first election without Mugabe since he won his first term in 1987.

Police removed members of the opposing Movement for Democratic Change Party, who questioned the final vote count, from the electoral commission stage when the results were announced.

Chamisa insisted he won the election, adding he "will not allow" Mnangagwa's Zanu-PF Party to "bastardize the results," the BBC reported. Chamisa's party chairman said the count could not be verified.

The Zimbabwe Electoral Commission, however, said there was "absolutely no skulduggery."

Six people died in the capital of Harare on Thursday in demonstrations over the announcement that the Zanu-PF Party apparently won the election. Mnangagwa ordered an independent investigation into the violence.

A spokesman for Chamisa condemned the deaths and the decision to deploy soldiers to the area during the protest.

"Soldiers are trained to kill during war. Are civilians enemies of the state?" he said. "There is no explanation whatsoever for the brutality that we saw." 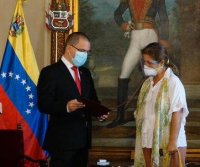 World News // 11 hours ago
EU expels Venezuelan ambassador from bloc in sanctions rift
Feb. 25 (UPI) -- Member states of the European Union agreed on Thursday to expel the Venezuela ambassador from the intergovernmental body.