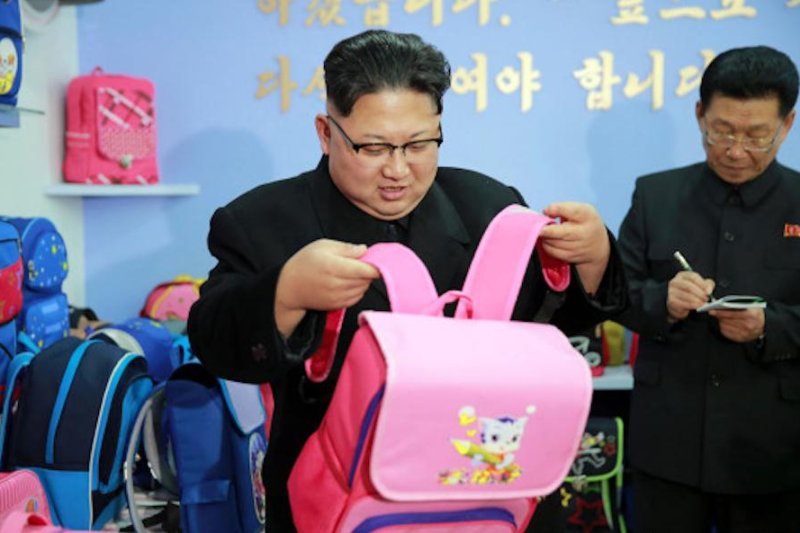 Backpacks are becoming a more familiar sight at North Korea university campuses, according to a Japan-based news report. File Photo by KCNA

July 23 (UPI) -- Backpacks are quickly becoming fashionable among North Korea's university-attending elite, according to a pro-Pyongyang newspaper in Japan.

The Choson Sinbo reported Monday the young North Koreans are carrying backpacks and "going to school."

Choson Sinbo also reported Pyongyang Bag Factory had begun to manufacture the bags under the "Pine Tree" label, and production began in May.

The bags appear to be similar to bestsellers in the West that include special pockets for laptop.

"I like the shape and color. It is elegant and neat," said one North Korean student identified as Kim Song Il of Kim Il Sung University.

Another student, Man Do Yon at Han Deok Su Light Industry University, said bags that were carried by hand were uncomfortable, but the backpack makes it easier to study.

North Korea's idolization of Kim Jong Un has strengthened, ahead of the 70th anniversary of the founding of the North Korea government.

Party newspaper Rodong Sinmun stated Monday Kim is moved by the love of his people.

Kim has always been with the people and strengthened their spirit and overcame "crises" facing the revolution, the Rodong stated.

North Korea overcame adversities, including the threat of war, and "making planes and underground electric subway cars" even as sanctions loomed, the paper stated.

World News // 1 hour ago
British PM Liz Truss vows to push ahead with tax-cut agenda
Oct. 5 (UPI) -- British Prime Minister Liz Truss vowed to continue tax cuts and deregulation despite political turmoil that erupted this week over economic reforms she says will put the country's sinking economy back on track.