President Moon Jae-in (C) arrives at Singapore's Changi Airport on July 11, 2018, for a three-day state visit that will include a summit with Prime Minister Lee Hsien Loong. Photo by Yonhap

"The goal of our government is to declare an official end of the Korean War this year, which marks the 65th anniversary of signing the truce agreement," he said in an interview with Singaporean media The Straits Times, according to Yonhap. Moon is on a three-day state visit in Singapore.

After the three-year war, China, North Korea and the U.N. agreed to an armistice in 1953.

"It will provide a milestone to the process for permanent peace along with denuclearization of the Korean peninsula and a peace treaty between the North and South," said Moon.

He added that his country is discussing with the U.S. and North Korea about when and how the declaration for the end of the Korean War will be announced.

North Korea said the U.S. pressured them to only make nuclear disarmament commitments while the country proposed "wide-ranging" agenda, including making a public declaration on the end of the Korean War, along with its plan for dismantling the missile test site.

Moon said his country and the U.S. regard positively about the recent developments of North Korea.

"We have seen a lot of achievements that were unimaginable in the past, but on the other hand it only has been six months since the relations between North and South Korea has put back on track," he said.

"At this time, we need to focus on improving the North-South relations, settling peace and realizing denuclearization on the Korean peninsula by utilizing every opportunity we have."

Moon noted that the U.S. military presence in South Korea is irrelevant to the denuclearization negotiations between the U.S. and North Korea.

"South Korea and the U.S. hold a firm position on the roles and importance of U.S. Forces in Korea for sustaining peace and stability in the Northeast Asian region and the Korean peninsula," he said. 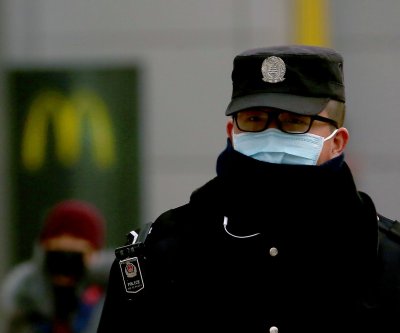