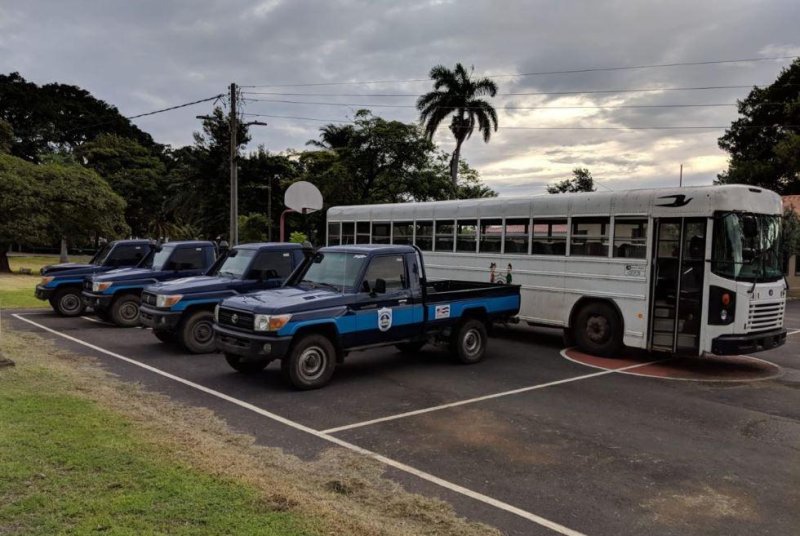 June 28 (UPI) -- The U.S. Embassy in Nicaragua this week demanded the return of several police vehicles that were given to the Managua government after reports of human rights abuses by the country's police force.

The vehicles, which include four trucks and a bus, were returned on Tuesday to the U.S. Embassy in Managua.

"Some of these vehicles have been used by the Nicaraguan National Police and paramilitary forces under their command, to violently suppress the voices of those who peacefully protest against the actions of their government," the U.S. Embassy said in a statement. "These actions violate the terms of the Charter of Understanding established for the cooperation of the United States government with the National Police of Nicaragua."

Nicaragua's National Police have been accused of brutally repressing protesters since demonstrations broke out in April against social security cuts and have continued to protest state violence. That repression has included allegations of snipers firing on protesters and police teaming up with government gangs known as turbas to take out protesters who've set up roadblocks around the country.

More than 200 people have died over the past two months. Most of the victims have been civilians, but some police have been killed, as well.

Images of armed gangs and snipers riding the National Police trucks have been widely shared on social media and have become something of a symbol of the state repression.

The U.S. Embassy's decision to revoke the trucks it loaned to the Nicaraguan government is the latest effort by the U.S. State Department to curtail violence in a country that was considered one of the safest in Latin America merely three months ago.

On June 11, the U.S. Senate Committee on Foreign Relations sent an emissary to Nicaragua to assist the ongoing talks between the government, the Catholic Church and business and student groups in the country to negotiate a compromise and end the violence.

World News // 23 hours ago
Woman in China dies after throwing baby to safety during deadly flood
July 23 (UPI) -- A woman who tossed her baby to safety when mudslides and floods struck her home in China's Henan Province was found dead, according to rescuers.