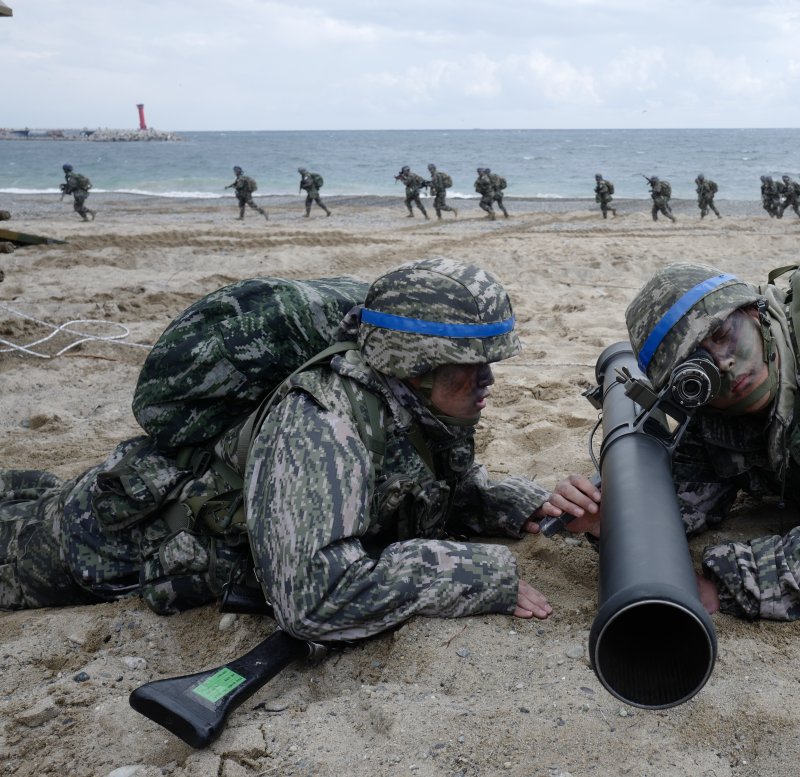 June 26 (UPI) -- South Korea's military is feeling "disoriented" following a series of postponements for military drills, according to a local press report.

A South Korean reservist who spoke to newspaper Segye Ilbo Tuesday said there is confusion over the suspension of joint exercises with the United States, and other forms of South Korean training is under review.

"Overall, the defense ministry has lost its direction, and is struggling to find its way," the reservist said. "Even if [the government] needs to respond to North Korea's denuclearization measures, now is the time to not forget the mission of protecting the lives and property of the South Korean people."

The military is struggling with the sharp turns and reversals of major plans that would cover the exercises and other defense initiatives, according to the report.

Seoul's five-year defense plan from 2019 to 2023 should have been released in April, but was postponed following the summit between Kim Jong Un and South Korean President Moon Jae-in.

If the defense plan and a five-year blueprint for the "strengthening of war potential" are not finalized in time, failure to maintain required military power in the case of wartime operational control transfer could arise, the Segye Ilbo reports.

"The military is being too cautious before the administration," said one military source.

Joint exercises with the United States are not only being affected. South Korean drills that deploy the K-9 howitzer, are "under review," sources say.

Seoul and Washington have already decided to suspend the joint Korea Marine Exchange Program exercises, according to The Korea Times.

President Donald Trump has described the drills as "very provocative," and has said the exercises are costly.