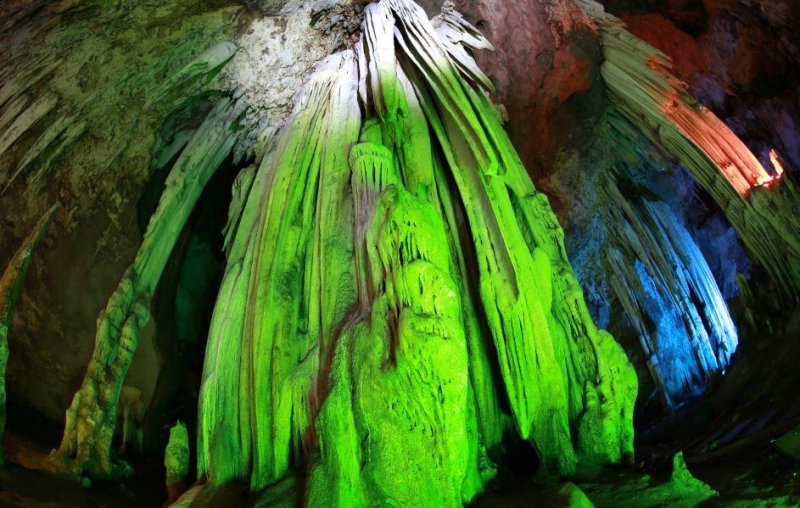 A limesstone cave formation is illuminated inside the Tham Khao Bin cave near Ratchaburi, Thailand. Rescue efforts were underway Monday for a teenage soccer team trapped in one of Thailand's many caves. File Photo by Barbara Walton/EPA

June 25 (UPI) -- A teenage soccer team and their coach are believed to be trapped in a flooded cave in northern Thailand, as rescue efforts were underway on Monday.

The Thai Navy's Underwater Demolition Assault Unit was searching the tunnels of the Tham Luang cave in an attempt to locate 12 boys between the ages of 13 and 16 and their 25-year-old coach, the Bangkok Post reported.

The team has been missing since Saturday.

Witnesses said they saw the team enter the cave, a popular tourist attraction that contains winding tunnels several miles long and connects to other caves, but they didn't see them come out.

"We have been working almost 24 hours but there are many limitations -- the caves are pitch dark and very low level of oxygen in some areas, and scattering rains just made our task more difficult," Kamolchai Kotcha, an official with Thailand's national parks authority, told CNN.

World News // 11 hours ago
Indian PM Modi touches on Afghanistan, pandemic in U.N. address
Sept. 25 (UPI) -- Indian Prime Minister Narendra Modi touched Saturday on the the situation in Afghanistan and the COVID-19 pandemic, among other issues in his U.N. address.