Pakistan's Taliban named a successor on Saturday to replace its leader killed in a drone strike last week. A video taken from an undated video released by Pakistani Taliban shows its head Fazlullah (C) at an undisclosed location at Pak-Afghan border. Photo by EPA/TTP

June 23 (UPI) -- Pakistani Taliban on Saturday named the successor of their leader killed in a drone strike last week.

A U.S. drone strike on June 13 hit the former leader, Mullah Fazlullah, and four other Taliban commanders. The extremist group also confirmed on Saturday the death of Fazlulla in that drone strike.

"Like his predecessors Baitullah Mehsud and Hakimullah Mehsud, Mullah Fazlullah was killed in a U.S. drone strike," TTP's central spokesperson Umar Khurasani said in a statement to The Tribune Express.

The militant group told Voice of America that slain Fazlullah had become a "headache for slaves of America in Pakistan and Afghanistan."

Fazlullah had led Pakistan's Taliban since 2013. Before his death, he was believed to have ordered the attempted assassination of the women's rights activist and Nobel Prize winner Malala Yousafazi.

The U.S. State Department had offered a $5 million reward for Fazlullah since March, with officials saying he ordered numerous high-profile attacks against American and Pakistani targets, including a 2014 school massacre that killed more than 100 people, mostly children.

World News // 4 hours ago
Truck driver pleads guilty in smuggling plot that killed 39
April 8 (UPI) -- A truck driver pleaded guilty in London on Wednesday in the deaths of 39 Vietnamese migrants who were found dead in his refrigerated truck in 2019.

World News // 6 hours ago
1,300-foot-long bridge collapses in northern Italy; 1 hurt
April 8 (UPI) -- A bridge in northern Italy collapsed Wednesday and injured one person, but authorities believe the casualties would have been worse under normal traffic conditions without coronavirus-related restrictions.

World News // 6 hours ago
French economy records 6% decline in Q1; worst dip in 75 years
April 8 (UPI) -- The French economy declined 6 percent in the first quarter of 2020 caused by reaction to the coronavirus -- its greatest decline since the end of World War II, the Bank of France said Wednesday. 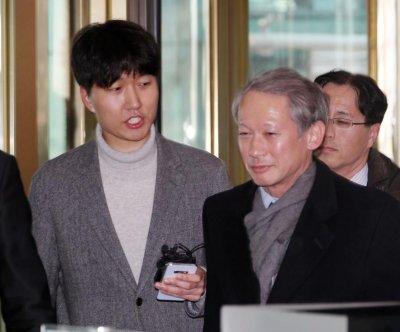 World News // 9 hours ago
North Korea acquires Russian pedigree horses, Moscow says
April 8 (UPI) -- North Korea may have purchased as many as 30 pedigree horses from Russia, and the order may have come directly from Kim Jong Un, according to recent reports.