Iran to prepare uranium enrichment within terms of 2015 nuclear deal

Iran will inform the International Atomic Energy Agency Tuesday of its plans to increase the country's uranium enrichment within the terms of the existing nuclear deal. File photo by Iranian Presidency Office/UPI | License Photo

June 5 (UPI) -- Following U.S. withdrawal from the Iran nuclear deal last month, Tehran said it will inform the International Atomic Energy Agency Tuesday of its plans to increase the country's uranium enrichment within the terms of the agreement.

Iranian leader Ali Khamenei ordered his country's atomic organization to notify the United Nations of plans to increase its capacity to produce uranium hexafluoride, a key ingredient for enrichment.

"It seems from what they say that some European governments expect the Iranian nation to both put up with sanctions and give up its nuclear activities and continue to observe limitations [on its nuclear program]. I tell those governments that this bad dream will never come true," Khamenei said.

However, the Iranian leader said the increased production would fall within "the framework provided" by the Joint Comprehensive Plan of Action.

The announcement comes weeks after the United States withdrew from the accord, an international agreement also approved by China, Russia, Germany, France, Britain and the European Union.

As part of withdrawing from the pact, Trump said the United States "will be instituting the highest level of economic sanctions" on Iran, including sanctions against any country that helps Iran with its nuclear program.

Although European countries, China and Russia have said they will stand by the existing nuclear accord, fears are growing in Tehran that European leaders will be unable to prevent Washington from reimposing sanctions on European companies, which could badly damage Iran's oil economy.

Iran's announcement Tuesday is a clear signal it intends to salvage the agreement without the United States.

Last month, Khamenei listed a set of conditions he said European powers must comply with in order to continue the agreement -- warning that his country would start its nuclear activities if Europe fails to provide guarantees.

RELATED By deploying F-35s, Israel steps up air war against Iran in Syria 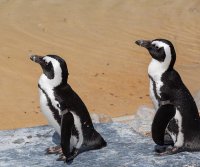