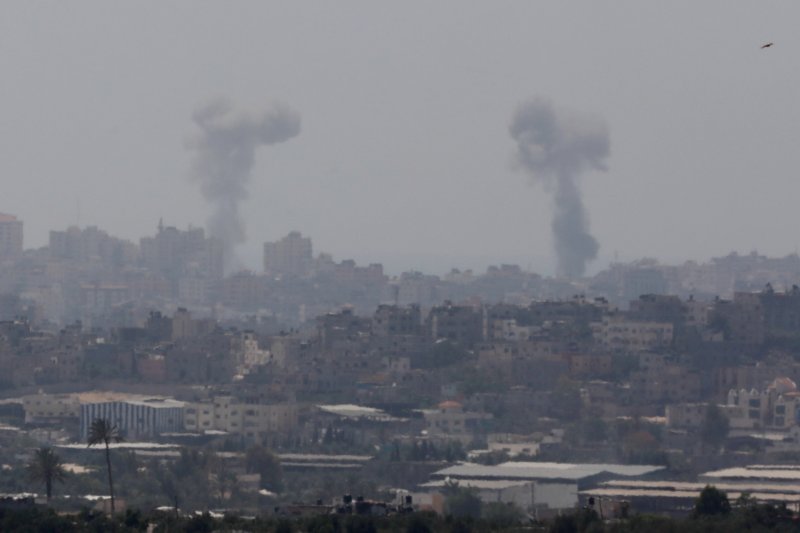 The Israeli Air Force targeted areas including a rocket and weapon manufacturing and storage facilies in the central Gaza and near Khan Yunis, an urban warfare training facility near Shujaiyya and infrastructure belonging to the naval forces of Hamas in the northern Gaza Strip, the IDF said.

Sunday's attacks came after thousands of Palestinians mourned the death of 21-year-old medic Razan al-Najjar, who witnesses say was shot by Israeli soldiers near the border fence Friday.

Hamas said it reached a ceasefire with Israel on Wednesday in the wake of one of the most violent days in Gaza in years.

World News // 18 hours ago
Record deaths, cases In Mexico strain health resources; world toll 2.1M
Jan. 24 (UPI) -- The coronavirus pandemic has been surging to record daily deaths and cases in Mexico, straining the resources of hospitals and morgues despite a nationwide vaccination plan.

World News // 3 days ago
Google threatens to remove search from Australia over new law
Jan. 22 (UPI) -- Google threatened to disable its search engine in Australia if the government passes new regulations that would force large tech companies to negotiate with news organizations to present the content they produce.