May 31 (UPI) -- Italian Prime Minister-designate Giuseppe Conte and President Sergio Mattarella agreed on a coalition government for the country Thursday.

Conte, 53, will be officially sworn in as prime minister on Friday after Mattarella approved his Cabinet team made up of members of the Five Star, or M5S, and League political parties.

"All the conditions have been met for a M5S-League government," the two said in a joint statement.

Conte selected economics professor Giovanni Tria for the role of finance minister after he resigned on Monday when Mattarella refused to approve Conte's original nomination of Paolo Savona.

Tria has been critical of the European Union, but unlike Savona hasn't advocated abandoning the euro.

Savona, 81, was ultimately given a role in the government as minister of European affairs.

"We will work hard to reach the objectives included in the government contract and to improve the quality of life of all Italians," Conte said.

World News // 1 hour ago
Records show Iran lied about making nuclear weapons, scientists say
April 9 (UPI) -- A non-profit global science and security group says in a new report that Iran has built a plant to produce nuclear weapons despite its insistence that all its atomic endeavors are wholly peaceful. 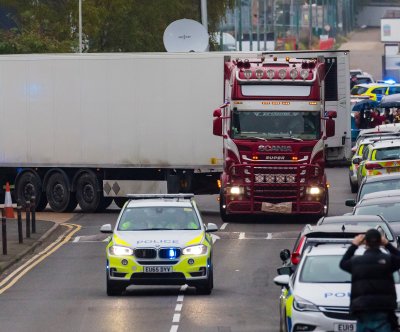 World News // 19 hours ago
Truck driver pleads guilty in smuggling plot that killed 39
April 8 (UPI) -- A truck driver pleaded guilty in London on Wednesday in the deaths of 39 Vietnamese migrants who were found dead in his refrigerated truck in 2019.

World News // 20 hours ago
1,300-foot-long bridge collapses in northern Italy; 1 hurt
April 8 (UPI) -- A bridge in northern Italy collapsed Wednesday and injured one person, but authorities believe the casualties would have been worse under normal traffic conditions without coronavirus-related restrictions.