Art least 16 people died and 33 were wounded Sunday when a bomb went off inside a mosque in Khost in eastern Afghanistan. Google Maps screenshot

May 6 (UPI) -- A bomb went off inside a mosque in eastern Afghanistan that was being used as a voter registration center Sunday, killing at least 16 people and wounding 33 others, authorities said.

People were at the mosque for afternoon prayers and registering to vote, Khost police chief Abdul Mannan confirmed Sunday to TOLO News.

Bashir Khan, a spokesman for the police department in Khost Province, said in a New York Times report explosives apparently had been hidden in the mosque.

Mohammadin Mangal, deputy head of the health department for Khost, said at least 12 bodies, including at least one woman, and the wounded were transported to the hospital after the attack.

No one has claimed responsibility but the Islamic State group has carried out similar attacks.

On April 22, at least 57 people died in a suicide bomb attack at a voter registration center in Kabul, the capital, among seven attacks at sites since registration began April 14. The Islamic State claimed responsibility for that incident.

The Taliban has warned people not to vote.

National parliament elections are planned in October. All citizens must have their national identity documents stamped because previous cards were invalidated because of widespread forgery.

The registration process ends June 15. Maliha Hassan, an election commissioner, said that 1.2 million Afghans of 14 million eligible had registered to vote so far.

"I strongly condemn the terrorist attack in a Masjid in Khost this afternoon," Afghanistan Chief Executive Officer Abdullah Abdullah said. "Attacking worshippers and holy sites is against all human and religious values. Terrorists yet again committed a war crime by targeting Muslim civilians in Masjid.

The U.S. embassy in Kabul also condemned the attack.

"I condemn the savage attack at a voter registration center at a #Khost mosque and offer my condolences to the victims and their families. This is an affront to the democratic values of the #Afghan people and an attack on the concept of citizenship," U.S. Ambassador to Afghanistan John Bass posted on Twitter.

Also Sunday, seven Indian engineers and their Afghan driver, working for an electricity provider, were kidnapped by the Taliban in the province of Baghlan, police said.

World News // 6 hours ago
Netanyahu, education minister aim to open Israel schools Sept. 1
Aug. 10 (UPI) -- Israeli Prime Minister Benjamin Netanyahu told his political party Monday schools will be open for all students on Sept. 1, going against a top adviser who said the start date may need to be delayed. 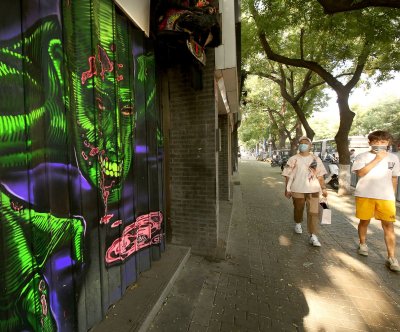