May 1 (UPI) -- The three remaining U.S. citizens detained in North Korea have been transferred out of labor camps in the country to an undisclosed location in Pyongyang, according to a South Korean activist on Tuesday.

During the visit, Pompeo raised the issue of U.S. detainees.

RELATED Goal in Korea should be peace, trade -- not unification

Choi said he confirmed the news of the transfers with sources in North Korea.

Activists in South Korea like Choi are able to access information from the North through a network of dissidents secretly working in the country and along the China-North Korea border.

"Today I spoke to a source in North Korea by phone," Choi said Tuesday. "North Korea's superior office in early April ordered the release of Kim Dong Chul, Kim Sang Duk, and Kim Hak-song, and since then they have been convalescing at a hotel outside Pyongyang, where they are also being educated."

Choi also said they are in a program where they are engaging in North Korea "tourism."

Choi said he is aware the United States and North Korea are in negotiations for the detainees' release.

Kim Hak-song and Kim Sang Duk worked at the Pyongyang University of Science and Technology. Kim Dong Chul, president of a company involved in international trade and hotel services, was sentenced to 10 years on espionage charges.

North Korea is likely to demand the lifting of sanctions in return, Shin said.

World News // 19 hours ago
With 6 weeks to go, hurricane season may be all but over
While the Atlantic hurricane season does not officially end until Nov. 30, AccuWeather forecasters believe that the odds of any additional tropical storm formation in the near future are low.

World News // 21 hours ago
Russia says it blocked U.S. warship from entering its waters
Oct. 15 (UPI) -- The Russian Defense Ministry said it chased off a U.S. Navy destroyer about to violate the country's border near the Sea of Japan during joint Moscow-Beijing military drills. 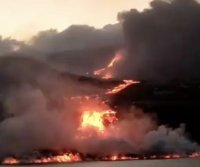 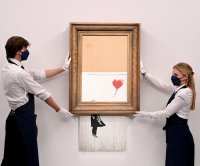 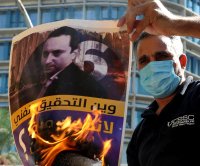