The Eiffel Tower illuminated in the colors of the French flag. The owner of the France.com website has filed a lawsuit against the French government for seizing the domain he has owned since 1994. Photo by David Silpa/UPI | License Photo

April 30 (UPI) -- The longtime owner of the France.com website is suing the French government, in U.S. court, after Paris seized the domain name.

Jean-Noel Frydman, a French-born American citizen living in New York City, has owned the domain since 1994, the year the World Wide Web began. Eighteen months later, he launched the site as a "digital kiosk" for American enthusiasts of French culture.

The website often collaborated with French ministries, he said, but the French Ministry of Foreign Affairs began a lawsuit in 2015 to expropriate the domain name.

The French Court of Appeals ruled last year Frydman's use of the name violated copyright laws. Web.com Group, where the name was registered, officially turned it over to the ministry in March.

Frydman filed a federal lawsuit against the French government, its Atout France tourism agency, the Ministry of Foreign Affairs and Foreign Minister Jean-Yves Le Drian in Virginia court this month.

RECOMMENDED Macron urges Congress on climate change: 'There is no Planet B'

The suit accuses the government of "reverse domain-name hijacking" and "abusing the French judicial system to seize the plaintiff's estate without compensation." The suit says the domain was taken "under the erroneous theory that the defendants inherently had the right to take the estate because it included the word 'France.'"

French technological website Siecle Digitale said the case could be ruled in Frydman's favor because Paris never offered to purchase the domain name. 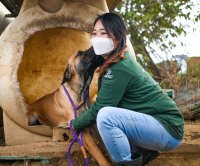 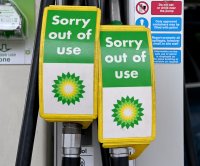 World News // 6 hours ago
British gov't suspends regulations to deliver fuel to empty stations
Sept. 27 (UPI) -- The British government has temporarily suspended competition regulations in the fuel industry in an effort to better coordinate deliveries to stations that have run out of gasoline due to issues in the supply chain.

World News // 22 hours ago
COVID-19: Russia records 700+ deaths daily since July; global toll -10%
Sept. 26 (UPI) -- Russia remains a coronavirus hotspot as deaths have surpassed 700 every day since early July while the world toll dropped 10% and case were down 12% in one week.