Empty beds at Central Hospital, in Harare, Zimbabwe.The Zimbabwean government on Tuesday fired more than 10,000 nurses who were on strike, saying they will be replaced by newly-trained nurses. Photo by Aaron Ufumeli/EPA-EFE

April 18 (UPI) -- The Zimbabwean government on Tuesday fired more than 10,000 nurses who were on strike, saying they will be replaced by newly-trained nurses and those recalled from retirement.

According to government officials, the nurses, who went on strike Monday over poor pay and working conditions, reneged on an agreement to return to work after the government agreed to release $17 million to meet their demands.

Vice President Constantino Chiwenga said their decision to continue with the strike was politically motivated.

"Government has decided, in the interest of patients and of saving lives, to discharge all the striking nurses with immediate effect," Chiwenga said.

Lawyers and activists criticized the firings, saying it is unconstitutional to fire striking workers for exercising their rights.

The Zimbabwe Nurses Association told its members to remain calm, saying nothing has changed and the strike is ongoing.

The association, which has more than 16,000 members, said the strike will continue until money is in nurses' hands.

"They have been making promises for a long time and the nurses resolved to only go back to work when their money is in their accounts," said Enoch Dongo, ZNA secretary general said.

The nurses were promised more money by the government in 2010 but the promise was never honored, Dongo said.

Additionally, most of the nurses were placed in lower pay grades, making it harder for them to receive higher pay, he said.

World News // 50 minutes ago
Seoul files $4M claim against controversial pastor over COVID-19 spread
SEOUL, Sept. 18 (UPI) -- The Seoul Metropolitan Government announced Friday that it would file a claim for almost $4 million in compensation against Rev. Jun Kwang-hoon, who has been at the center of a renewed COVID-19 outbreak.

World News // 2 hours ago
WHO: Europe facing 'very serious situation' as cases climb
Sept. 18 (UPI) -- The World Health Organized warned the coronavirus is again surging in Europe, with weekly case numbers surpassing those seen when the pandemic first peaked in the region in March.

World News // 4 hours ago
Queen's Crown Estate property drops in value by $715M amid pandemic
Sept. 17 (UPI) -- The Crown Estate announced Thursday that the value of the land portfolio decreased by 1.2% amid the COVID-19 pandemic. 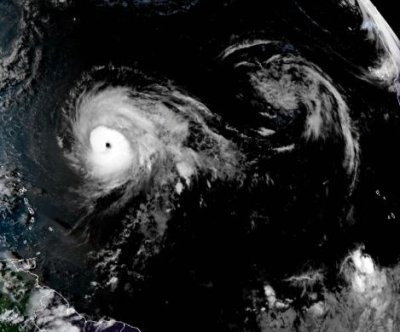 World News // 7 hours ago
More than 3,000 test positive in brucellosis outbreak in China
Sept. 17 (UPI) -- Doctors diagnosed more than 3,000 people in China's Gansu province with a bacterial disease known as brucellosis after a leak at a biopharmaceutical company.

World News // 14 hours ago
Korean War general's son likely died in Russian gulag, relative says
Sept. 17 (UPI) -- The only son of Gen. James A. Van Fleet, who commanded the U.S. Army during the Korean War, may have died in Russia after being captured during the conflict, according to a family member.