This photo of the Humboldt Broncos junior hockey team was posted on March 24 on Twitter after a "big win." On Friday, a bus carrying the team collided with a truck in Saskatchewan, killing at least 15 and injuring 14 others. Photo by Humbolt Broncos/Twitter

The crash occurred 18.5 miles north of Tisdale when members of the Humboldt Broncos were headed to Nipawin for a Saskatchewan Junior Hockey League playoff game. The crash occurred on Highway 35, ear the junction of Highway 335, when a semi-trailer collided with the bus, the Royal Canadian Mounted Police said.

The bus contained 28 people, including the driver, 24 athletes ages 16 to 21 and their coaches, crashed around 5 p.m., police said.

Among those killed were the coach and team captain. Darcy Haugan's family members confirmed to The Globe and Mail that the coach had been with the Humboldt Broncos for about four years. He was 41, married, and the father of two boys.

Logan Schatz, 20, played for the Broncos for just over four years and had served as team captain for the past two-and-a-half years, according to his father.

The Humboldt team and the Nipawin Hawks were scheduled to play in the fifth game of a best-of-seven playoff series Friday. On Wednesday, Nipawin won 6-5 in three overtimes in Humboldt, leaving Nipawin with a 3-1 series lead.

"Our thoughts and prayers are extended to the families of our staff and athletes as well as to all who have been impacted by this horrible tragedy," Kevin Garinger, the team's president, said in a statement. "Our Broncos family is in shock as we try to come to grips with our incredible loss."

The Nipawin Apostolic Church was serving as a gathering place for families.

Others gathered at Humboldt's Elgar Petersen Arena for information and support.

"We were a family," Daigon Elny, was a member of the team last year, told CBC at the arena. "You come to the rink... what's better than that?

Canadian Prime Minister Justin Trudeau posted on Twitter: "I cannot imagine what these parents are going through, and my heart goes out to everyone affected by this terrible tragedy, in the Humboldt community and beyond."

President Donald Trump said on Twitter that he spoke with Trudeau to pay respects: "Just spoke to @JustinTrudeau to pay my highest respect and condolences to the families of the terrible Humboldt Team tragedy. May God be with them all!"

Royal Canadian Mounted Police Assistant Commissioner Curtis Zablocki said it is too early to state cause of the crash.

In December 1986, a Saskatchewan team with the name "Broncos" was involved in a highway crash. killing four members of the Western Hockey League team. 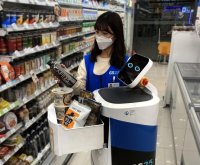 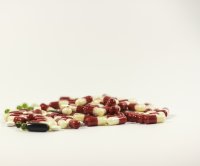