April 5 (UPI) -- Four people were killed and at least three were injured in a shooting Thursday at Osmangazi University in Turkey's northwestern Eskişehir province.

Police detained a suspect, identified as a research assistant working at the university's education department, following the shooting.

Students and faculty were evacuated from the university while police and ambulances were dispatched to the scene.

The three people injured in the attack were not yet identified and the motivation for the attack remains unclear. 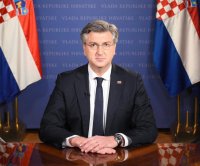